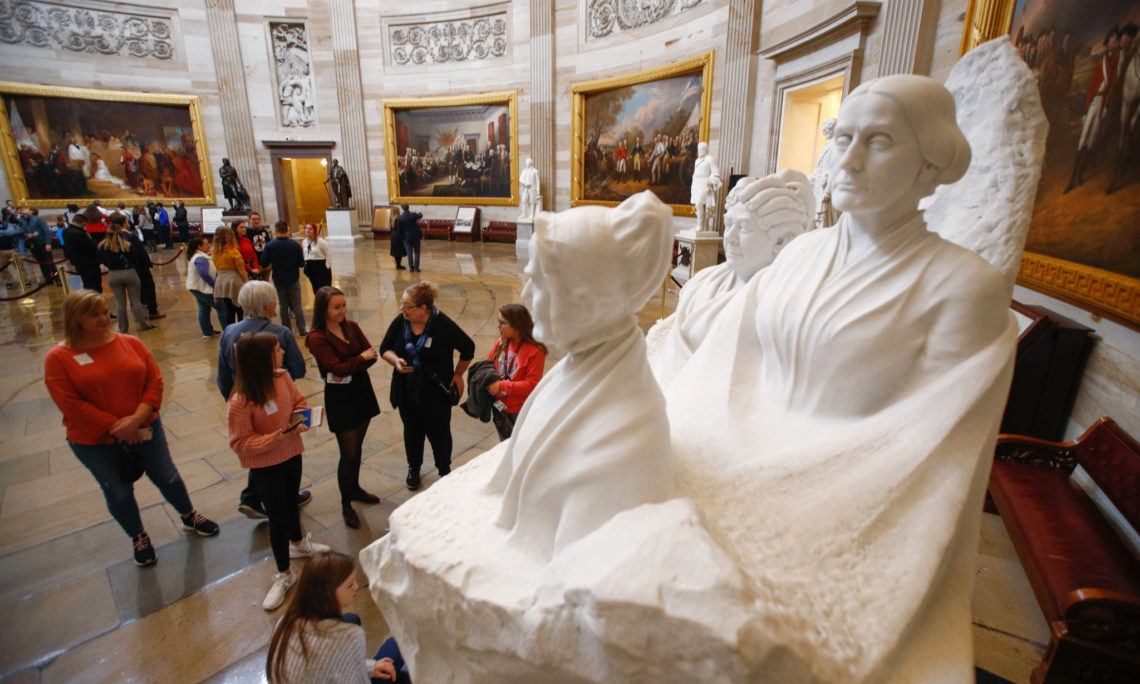 Following a tough and lengthy struggle, American women gained the right to vote in 1920, when Congress ratified the 19th amendment to the US Constitution. Iranian women did not obtain this right easily, either. They earned voting rights in 1963, on the heels of 56 years of protest and persistence.

Three women in particular, were crucial to the advancement of women’s rights in the United States. Susan B. Anthony, Lucretia Mott and Elizabeth Cady Stanton dedicated their lives to the cause of women’s suffrage — the legal right for women to vote in the United States. “[I]t is a downright mockery to talk to women of their enjoyment of the blessings of liberty, ” Anthony said in a speech after her arrest for voting in 1872, “while they are denied the use of the only means of securing them provided by this democratic-republican government — the ballot.” Although all three women died before the 19th Amendment to the U.S. Constitution was passed in 1920, their legacy lives in the many women participating in democracies today as both voters and elected officials.

Several decades have gone by since Iranian women started voting. Today’s events, however, seem to suggest that the Iranian regime is forcing women backward, as they are restricted in their quest to hold office. Of the 15 of the 17 female representatives registered to run in the upcoming Majles elections, only nine have been approved to run for re-election by the members of the all-male Guardian Council, who themselves are appointed, not elected. Even if all these women are successful in their election bids, it would result in a paltry 2.7% of female representation in the Majles.

In the United States, women are holding more and more public offices, including 26 of the 100 U.S. Senators and 127 of the 435 U.S. Representatives in the current Congressional session. As a tribute to the pioneers of the suffragette movement, a sculpture was unveiled in the U.S. Capitol building’s rotunda in 1921, featuring Susan B. Anthony, Lucretia Mott, and Elizabeth Cady Stanton. A portion of the sculpture is unfinished, representing the unfinished work of the women’s rights movement.  “As more women from diverse backgrounds win elected office and gain increasing prominence on our national stage, U.S. Capitol art will continue to reflect the changing nature of women’s role in society,” said Michele Cohen, a curator for the Architect of the Capitol.

Susan B. Anthony was born 200 years ago in Adams, Massachusetts on February 15, 1820. She grew up in a progressive environment — her father was friends with Frederick Douglass — and after years of abolitionist advocacy, she was inspired by women’s suffrage after her family attended the Seneca Falls, New York, convention in 1848 that sparked the women’s rights movement around the world.