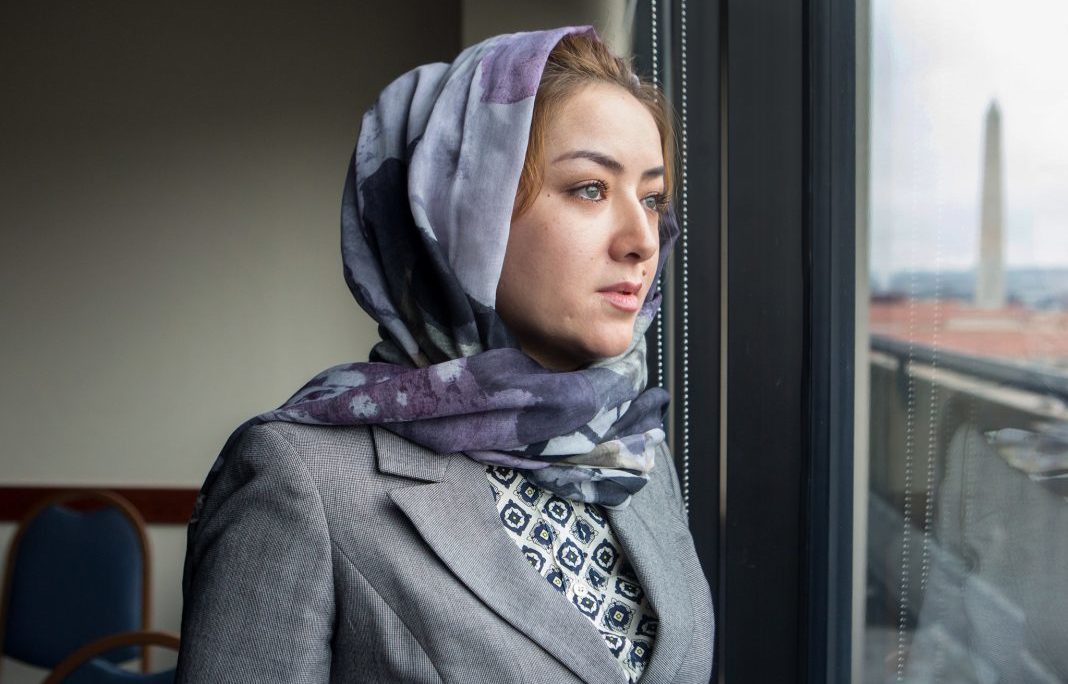 A young Uighur mother says she was tortured and subjected to other brutal conditions in one of the “re-education” camps in China’s Xinjiang Uighur Autonomous Province where, according to the State Department, China has sent between 800,000 to possibly over 2 million Muslims since April 2017.

At a November 26 event at the National Press Club in Washington, Mihrigul Tursun recounted her horrifying experience in one of China’s camps earlier this year. She was drugged, interrogated for days without sleep, and strapped in a chair and jolted with electricity. It was her third time being sent to a camp since 2015. Tursun told reporters that she remembers interrogators telling her: “Being a Uighur is a crime.”

Tursun was first taken into custody and separated from her infant triplets for three months in 2015. That’s when she arrived in China to introduce her new children to her family. She came from Egypt, where she had studied and married. When she was finally released from custody, one of her infant children had died, and the other two were gravely ill. The surviving brother and sister were tube fed and underwent surgeries, she said.

Tursun, 29, said she was repeatedly interrogated about her life in Egypt, despite the fact that she had not engaged in any political activity. She was reportedly under suspicion from Chinese authorities simply because she spoke foreign languages.

She was sent to a camp again in 2017, but her third experience in a camp in January 2018 was the worst, said Tursun, whose written account was read by an interpreter. She was confined for three months in a cramped cell with 67 women who had to alternate sleeping and standing in two-hour shifts. They were given drugs and a liquid that caused bleeding. They received little food.

Nine women in her cell died during the three months she was there, Tursun said. At one point she begged her captors to kill her, saying she would rather die than remain in the unbearable circumstances. “I never thought I would come out of Cell 210 alive,” she said.

Paroled in April, Tursun returned to Egypt and reached the United States with her children in September with help from U.S. officials. Now living in Virginia, Tursun said she is haunted by nightmares and “even though I was told I am safe here, I am still afraid at night that the Chinese police will knock on my door, take me away and kill me.”

Despite threats to relatives back in Xinjiang Uighur Autonomous Province, Tursun said, “I gathered my courage and decided to tell the world about China’s hidden concentration camps.”

At the same November 26 event, a group of 278 scholars from 26 countries, including Turkey, Kazakhstan and Malaysia, released a joint statement decrying China’s mass internment of Uighurs, Kazakhs, Kyrgyz and other Turkic minorities “forced to abandon their native language, religious beliefs and cultural practices.”

China has defended its mass incarceration policy, asserting that it is a necessary part of a counter­terrorism effort. The scholars group rejected that claim. “If what is happening today in the [Xinjiang Uighur Autonomous Region] is not addressed by the international community, there is a likelihood that we could see its replication in other authoritarian states who have used the label of `terrorist,’” the scholars said.