Home Home | News | Ambassador Haley on the Ceasefire in Syria 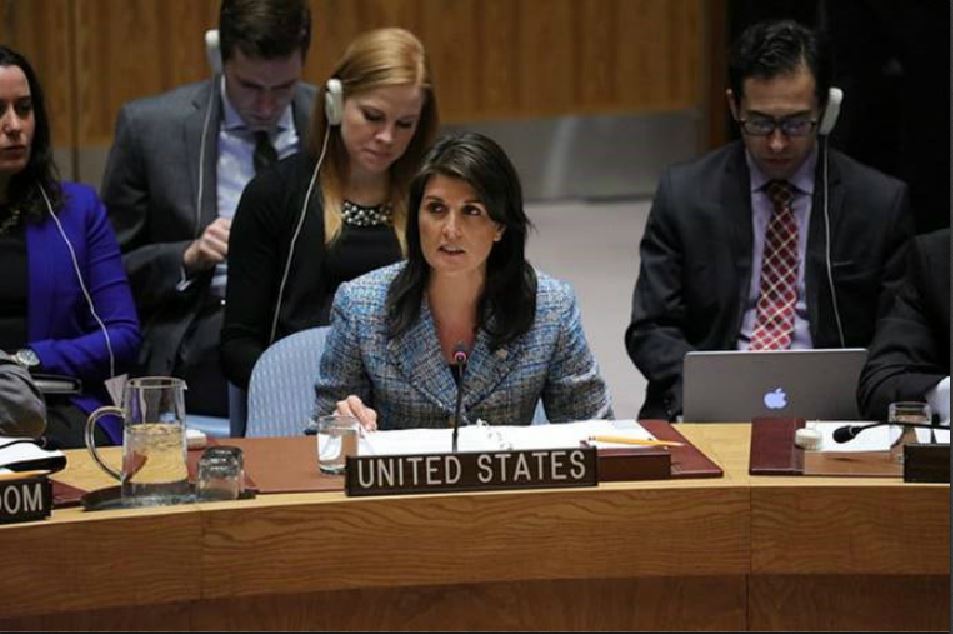 “Sixteen days ago, we came to an agreement. Russia cast its vote in favor of the agreement. And with that vote, Russia promised its support for a 30-day ceasefire, as did the rest of the members of the Security Council… Today, we know that the Russians did not keep their commitment. Today, we see their actions don’t match those commitments, as bombs continue dropping on the children of eastern Ghouta. Today, we must ask whether Russia can no longer influence the Assad regime to stop the horrific destruction of hospitals, medical clinics, and ambulances. To stop dropping chemical weapons on villages.”

“During the negotiations, the United States put all parties on notice that we needed to act if the ceasefire was not honored, and members of the Security Council agreed. And now that day has come. The ceasefire has failed. The situation of the civilians in eastern Ghouta is dire. And the United States is acting. We have drafted a new ceasefire resolution that provides no room for evasion. It is simple, straightforward, and binding. It will take effect immediately upon adoption by this Council.”

“If we can’t act when children are dying, we have no business being here. If we can’t save families that haven’t seen the sun for weeks because they have been hiding underground to escape barrel bombs, then the Security Council is as impotent as its worst critics say it is.”

“We welcome all nations that will work together to finally provide relief for the Syrian people. And we support the United Nations’ political process that seeks an end to the war in Syria. But we also warn any nation that is determined to impose its will through chemical attacks and inhuman suffering, most especially the outlaw Syrian regime: The United States remains prepared to act if we must. It is not the path we prefer, but it is a path we have demonstrated we will take, and we are prepared to take it again.”