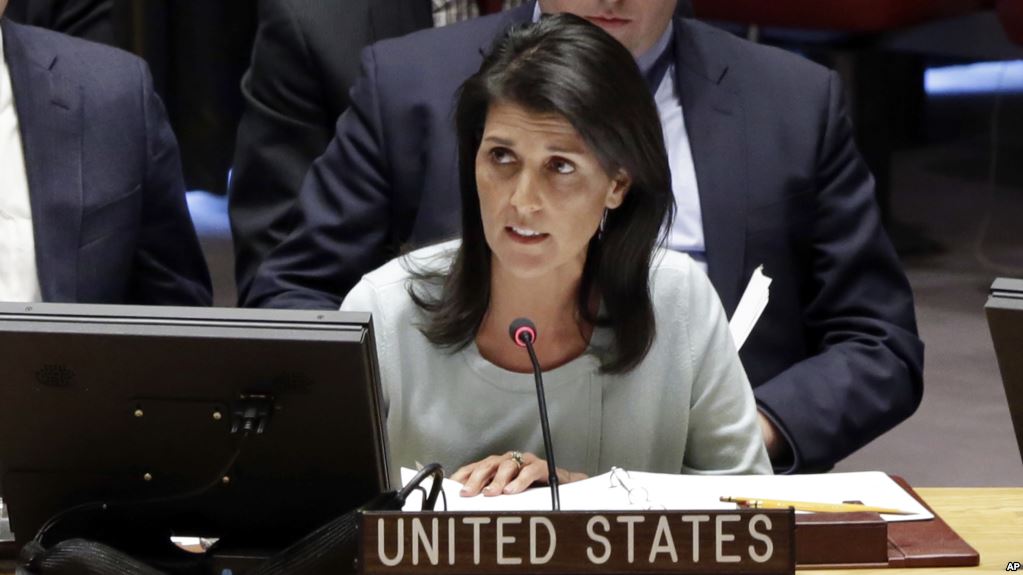 Thank you Mr. President. This discussion couldn’t come at a better time.

There were reports this morning that the Houthi militants in Yemen have fired yet another missile into Saudi Arabia. According to the Houthis themselves, it was targeted at a meeting of Saudi leaders in Riyadh, in an area crowded with government offices. Thankfully, the missile was intercepted before it could hit its intended target. But the very fact of this attack is a flashing red siren for this Council. This is not the first time the Houthis have fired missiles at civilians in a G-20 country. And unless we act, it won’t be the last.

While we don’t yet have sufficient insight into this particular attack, it bears all the hallmarks of previous attacks using Iranian-provided weapons. It is only a matter of time before one of these missiles hits the target. If we don’t do something, we will miss the opportunity to prevent further violence from Iran.

This is the Secretary-General’s fourth report on the Iranian regime’s lack of full compliance with Resolution 2231. And it is the most damning report yet. This report makes the case that Iran is illegally transferring weapons.

I know many Member States put a lot of effort into the nuclear agreement with Iran. But that should not allow us to look the other way at the very serious non-nuclear items like sales of arms, ballistic missile testing, and support for terrorism. This report was compiled before the latest attacks but points to evidence of the Iranian origin of missiles fired from Yemen into Saudi Arabia this year. It notes that arms seized by the United States from a ship in the Gulf of Oman were identical to those previously seized by France, which the UN had concluded were of Iranian origin.

The report describes a dual English-Farsi keyboard that was part of the guidance system of an unmanned surface vehicle used against the Saudi coalition in Yemen. That was just one of several pieces of evidence that points to the Iranian manufacture of the detonation and guidance systems of the weapon. There is plenty more.

The United States and our partners went to great lengths to support the Secretary-General’s investigation. We shared our intelligence, and we insisted on the use of the highest standards of evidence and methodology. So we welcome this report and the evidence it presents. To build on its conclusions, the United States took the extraordinary step of revealing, in a public setting, military equipment recovered directly from military attacks on our partners in the region.

Last week, we put this information on display in Washington. Nearly a dozen countries have sent delegations to see it. Members of Congress are now viewing it. We invite the entire Security Council to visit this massive and compelling display of information about Iran’s violations. The material speaks for itself. The evidence is undeniable.

The Secretary-General’s report refers to debris from missiles fired by Houthi militants from Yemen into Saudi Arabia in July and November of this year. The inventory at the warehouse in Washington removes any shred of doubt that the missiles are from Iran. The missile debris recovered in Saudi Arabia came from Qiam missiles. We have multiple indicators – everything from lack of tail fins at the base of the missile, which only Iranian missiles lack, to the logo of an Iranian defense manufacturer stamped on the side.

That these missiles were transferred from Iran and fired by a group of militants should gravely concern us. But the November 4, 2017, missile’s intended target should concern us even more. The target was the civilian airport in Riyadh. Hundreds of innocent civilians could have been killed. Just imagine if this had been JFK, or Paris, or Brussels.

The warehouse also contains material from an Iranian-manufactured anti-tank guided missiles, which the Houthis have used to destroy buildings; an unmanned aerial vehicle known as a kamikaze drone; and material from a SHARK-33 explosive boat. Those boats have a warhead inside them that has blown six-feet-wide holes in the sides of ships, killing and injuring numerous personnel. All of these weapons, recovered from attacks and planned attacks on a G20 country, were made by Iranian weapons industries tied to the Iranian Revolutionary Guard Corps.

We have made this information public because Iran’s destabilizing behavior is only growing. It will continue to grow unless we raise the cost of defying the international community. International peace and security depend on us working together to expose and hold accountable the Iranian regime’s hostile actions.

The United States will continue to share what we know with the United Nations and other parties to combat this threat. But the effort of one nation is not enough. We must all act cooperatively to expose the crimes of the Tehran regime and do whatever is needed to make sure they get the message. If we do not, then Iran will bring the world deeper into a broadening regional conflict.

Based on the violations of the Secretary-General’s report, there are a few options that we can use to put pressure on Iran to adjust their behavior. The Security Council could strengthen the provisions of Resolution 2231. We could adopt a new resolution that makes clear that Iran is prohibited from all activities related to ballistic missiles. We could explore sanctions on Iran in response to its clear violations of the Yemen arms embargo. We could hold the IRGC accountable for its violations of numerous Security Council resolutions. In the coming days, we will continue to explore those options and others with our colleagues. We must speak with one voice in dealing with the Iranian threats to peace. While we do so, we must also make it clear, as I do now, that the Iranian people are not the problem. The Iranian people are victims of their own government.

I want to add a final point about the nuclear deal, the JCPOA. The Secretary-General’s report devotes considerable space to Iranian compliance with the nuclear deal. While the JCPOA itself was not intended to directly address Iran’s non-nuclear behavior, we must all recognize that Resolution 2231 does address such behavior, and that is made clear in the Secretary-General’s report. While the United States continues to uphold its commitments under the JCPOA, the international community must also demand full implementation of Resolution 2231 by responding to Iran’s dangerous violations. We must not allow ourselves to be held hostage to the nuclear agreement or treat Iran any different than we would any other country violating a resolution.

Today, based on the UN report, we have an opportunity to confront the Iranian regime for its actions that are clearly in violation of Security Council resolutions. The international community must demonstrate that we are committed to ensuring accountability for the full spectrum of Iran’s malign behavior. The Security Council must follow through on the violations listed in the Secretary-General’s report.