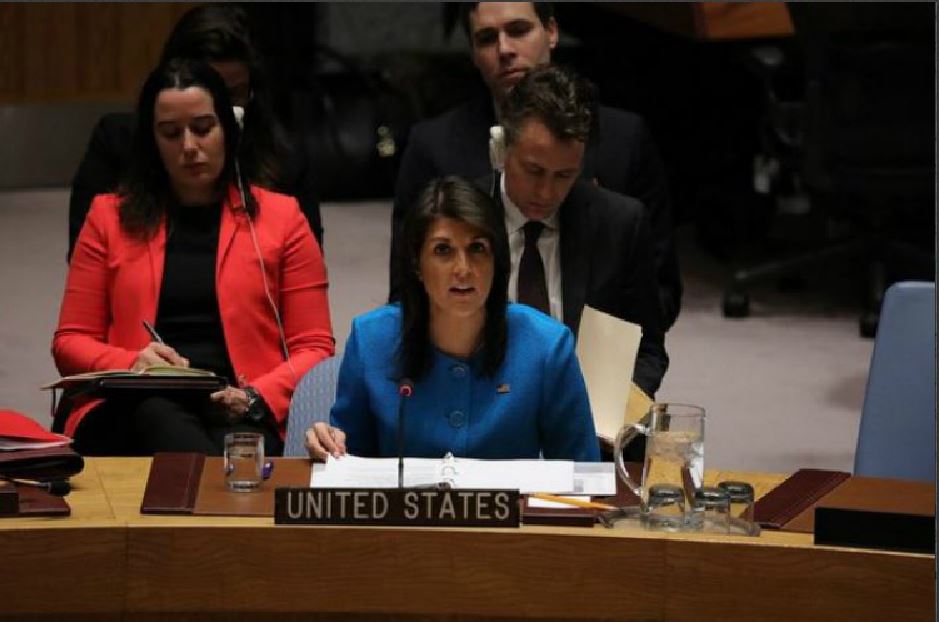 Ambassador Nikki Haley, U.S. Permanent Representative to the United Nations, delivered remarks at a UN Security Council briefing on the situation in Syria.

“The Assad regime has become a front for Iran, Hezbollah, and their allies to advance the irresponsible and dangerous agenda for the Middle East. On every front of this conflict, we find fighters imported by Iran from Lebanon, Iraq, and Afghanistan. When we see the Assad regime starving civilians in eastern Ghouta or pummeling schools and hospitals in Idlib, we see advisers from Iran and Hezbollah helping direct those atrocities. This support for the Assad regime is not new, of course. But the drone flight this week is a wake-up call for all of us. Iran and Hezbollah are making plans to stay in Syria.”

“We can’t offer support for peace on the one hand and ignore the fact that the chief sponsor of terrorism in the Middle East and its terrorist militia are digging in. Even as we talk about peace at the UN, the fighting is getting worse. Much of the violence is happening in so-called de-escalation zones. Russia was supposed to guarantee adherence to these de-escalation zones to help the political process. But then again, Russia was also supposed to guarantee that all chemical weapons would be removed from Syria. Instead, we see the Assad regime continue to bomb, starve, and yes, gas civilians. All of us on this Council know what it will take to get to peace in Syria. More than two years ago, the Council unanimously adopted Resolution 2254, which includes a framework for ending this war…There is no doubt that Geneva and the UN-led political process is the sole legitimate venue for coming up with a political solution in Syria.”

“Ultimately, we must recognize that the Assad regime does not want peace unless it’s peace on their terms – a peace in which every person in Syria who opposes the regime is murdered, tortured, starved, imprisoned, or forced to flee the country.”