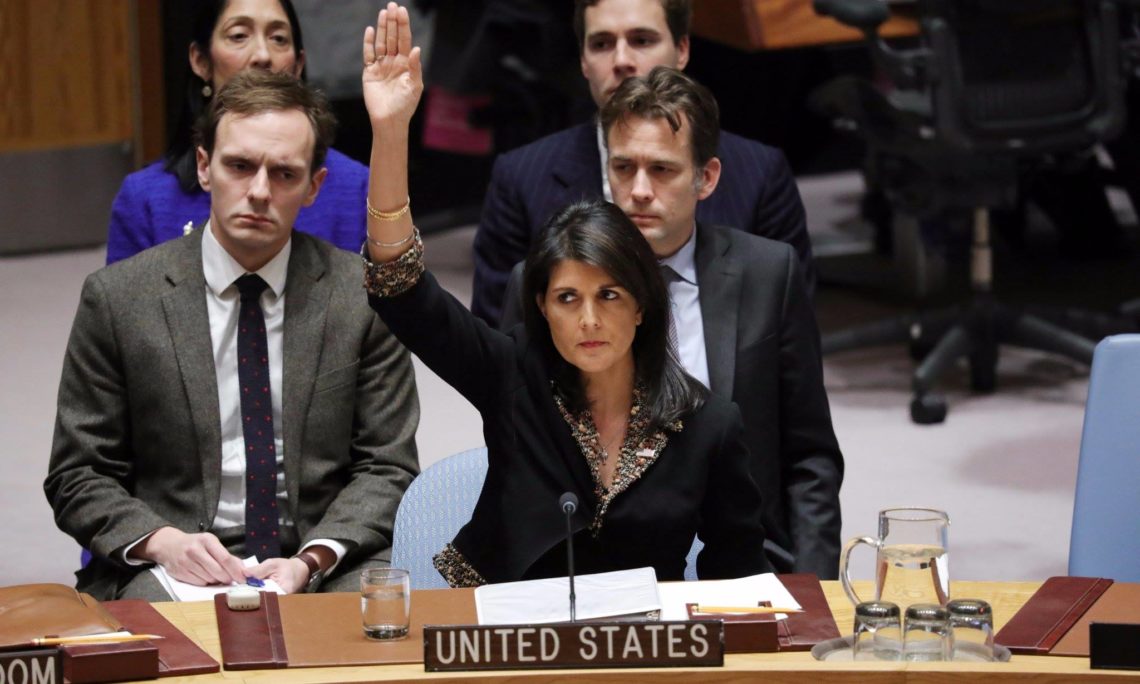 Ambassador Nikki Haley, U.S. Permanent Representative to the United Nations, delivered remarks at a UN Security Council meeting after vetoing a draft Security Council resolution on Jerusalem. In her remarks, Ambassador Haley defended President Trump’s decision to recognize Jerusalem as the capital of Israel and stressed that the United States has never been more committed to peace between the Israelis and the Palestinians.

“I have been the proud Representative of the United States at the United Nations for nearly a year now. This is the first time I have exercised the American right to veto a resolution in the Security Council. The exercise of the veto is not something the United States does often. We have not done it in more than six years. We do it with no joy, but we do it with no reluctance. The fact that this veto is being done in defense of American sovereignty and in defense of America’s role in the Middle East peace process is not a source of embarrassment for us; it should be an embarrassment to the remainder of the Security Council.”

“The United States has done more than any other country to assist the Palestinian people. By far.”

“What we witnessed here today in the Security Council is an insult. It’s one more example of the United Nations doing more harm than good in addressing the Israeli-Palestinian conflict.”

“The United States will not be told by any country where we can put our embassy…Today, for the simple act of deciding where to put our embassy, the United States was forced to defend its sovereignty. The record will reflect that we did so proudly. Today, for acknowledging a basic truth about the capital city of Israel, we are accused of harming peace. The record will reflect that we reject that outrageous claim.”