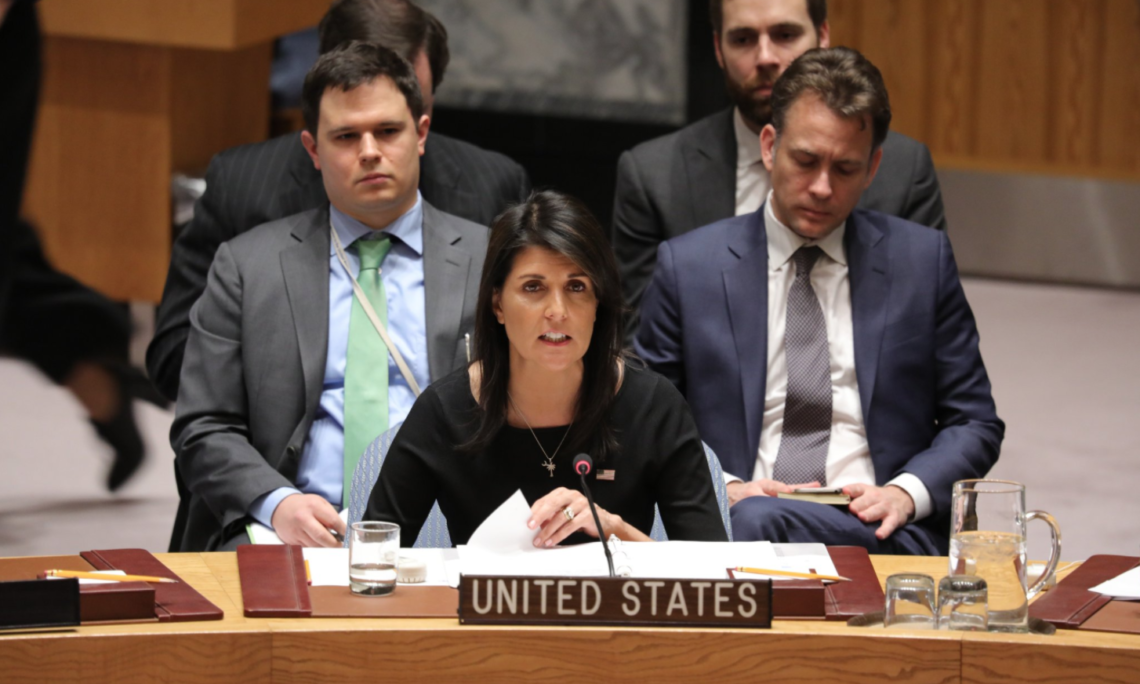 “The regimes that most threaten the world today with weapons of mass destruction are also the source of different kinds of security challenges. They deny human rights and fundamental freedoms to their people. They promote regional instability. They aid terrorists and militant groups. They promote conflict that eventually spills over its borders.”

“There is no greater threat to the international nuclear nonproliferation regime than that posed by North Korea. North Korea continues its reckless pursuit of nuclear weapons in defiance of repeated resolutions by this Council… We will continue to work with our partners on the Security Council in pursuit of a peaceful, diplomatic solution to this crisis. But let me say it one more time: The United States remains fully committed to defending itself and its allies if necessary.”

“The actions of the Iranian regime are another example. The regime in Tehran is the leading cause of instability in an unstable part of the world. It supports terrorists, proxy militants, and murderers like Bashar al Assad. It provides ballistic missiles in violation of UN arms embargoes. Its proxies launch them at civilian targets, as we saw when Houthi militias in Yemen fired an Iranian-supplied missile at an airport in Riyadh… The Iranian regime has repeatedly violated these prohibitions. And in doing so, it has repeatedly shown itself to be unworthy of our trust and our confidence.”

“The Syrian regime has repeatedly used chemical weapons against its own people. These are the actions of a government so corrupt that it stands with ISIS as the only entities to use chemical weapons as tools of warfare in the 21st century. The Security Council must respond to this outrageous violation of international law and basic human decency… But one nation stands in the way of the Security Council fulfilling its duty. That nation is Russia. It was Russia that vetoed three Council resolutions that would have renewed the Joint Investigative Mechanism. It is Russia that has gone to great lengths at the Organization for the Prohibition of Chemical Weapons in the Hague to prevent the Assad regime from being held accountable for its actions. If the Russian government is serious about nonproliferation of weapons of mass destruction, it will convince its client Assad that he must eliminate his chemical weapons and cooperate fully with the OPCW and the United Nations.”