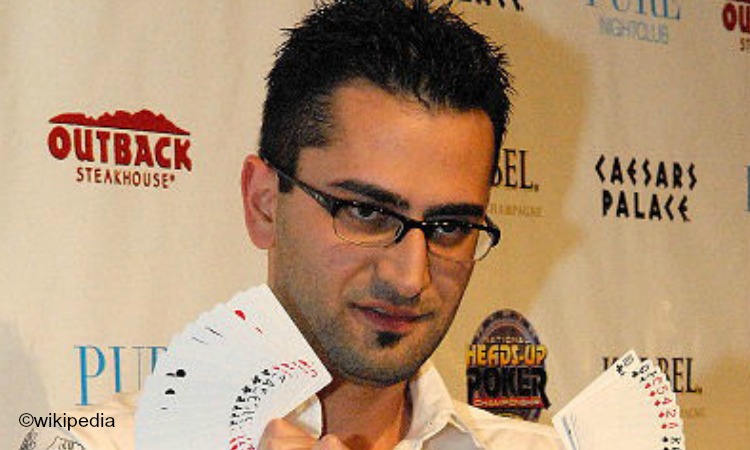 Antonio “The Magician” Esfandiari, was born as Amir Esfandiari in December 8, 1978 and is a professional Iranian-American poker player and former professional magician.

Esfandiari was born in Tehran, Iran. When he was nine years old, his family moved to San Jose, California. He graduated from Del Mar High School in 1997.

At the age of 19, he changed his name to Antonio, which was adopted from a desire to be a magician. He became a professional magician. While he was performing magic, he was invited to a game of Texas Hold ’em and started to play poker. He has a younger brother, Pasha, who also plays poker.

In 2004, he won close to $1.4 million and his first World Poker Tour title at the L.A. Poker Classic. He won his first World Series of Poker bracelet a few months later in pot-limit Texas Hold ’em. On April 17, 2008, Esfandiari made the final table at the 2008 PokerStars.com Grand Final in Monte Carlo finishing in eighth place, winning €168,000 ($266,004). After some other great successes, on July 3, 2012, Antonio won the largest buy-in tournament in history. After beating 47 other players, he earned $18,346,673, the biggest cash prize in poker history. By winning this event Esfandiari is ranked number one for all-time tournament poker winnings. In the 2013 World Series of Poker he placed fourth in the One Drop High Roller tournament and earned $1,433,438.

In 2012, he authored The Magician’s Secrets for Winning Tournaments, a poker strategy game available electronically.

As of July 2013, his total live tournament winnings exceeded $25.5 million.