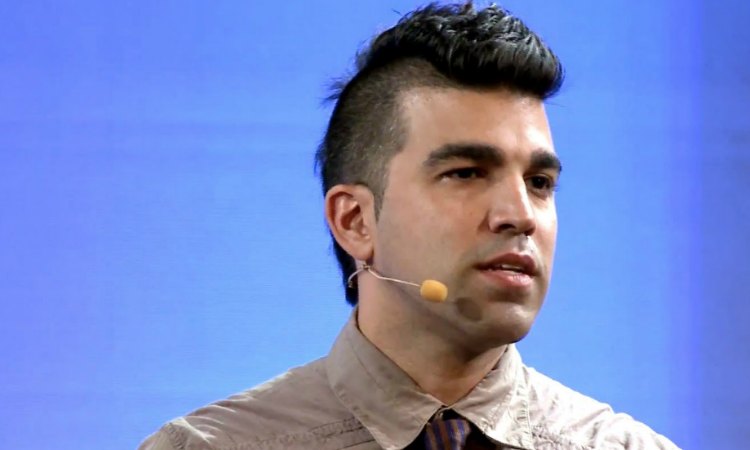 Bobak Ferdowsi was born on November 7, 1979 and is an Iranian-American systems engineer at NASA’s Jet Propulsion Laboratory. He served on the Cassini–Huygens and Mars Science Laboratory Curiosity mission.

Ferdowsi was born November 7, 1979, in Philadelphia, Pennsylvania. He is of Persiandescent; his father immigrated to the United States from Iran. His parents met in college. Soon after birth he moved to the San Francisco Bay Area where he stayed until age 11, then moved to Tokyo in 1991, where he attended the American School in Japan, graduating in 1997.

The same year, he enrolled at the University of Washington where he majored inaerospace engineering, a childhood dream. While there he did research under Nobel Laureate Hans Georg Dehmelt in the Department of Physics. In 2001, he enrolled at MITand joined the Lean Aerospace Initiative where he stayed until 2003.

Ferdowsi joined JPL in late 2003, and worked on the Mars Science Laboratory mission through its successful landing nearly nine years later on August 6, 2012. He was also Science Planner on the Cassini–Huygens mission.

Ferdowsi became a media “sensation”, or “meme”, when during the August 6, 2012, landing of the Curiosity rover on Mars, he wore an unusual mohawk hairstyle that was seen on NASA TV’s live broadcast of the event. He was seated in a prominent camera position and his mohawk unexpectedly became an iconic image of the landing. Ferdowsi explained that he wore a new haircut for every mission and the mohawk was chosen by his team by popular vote.

When President Barack Obama called to congratulate the team, he noted the popularity of the “Mohawk Guy,” saying “it does seem NASA has come a long way from the white shirts, dark-rimmed glasses, and pocket protectors.

Ferdowsi said in another interview that he did it to help lighten the seriousness of the workplace and “If my mohawk gets a few more people excited about science and this mission, that’s awesome.”

Ferdowsi took part in the Second inauguration of Barack Obama (January 2013) marching in the parade alongside replicas of Curiosity and the Orion spacecraft, along with other NASA scientists, as part of the agency’s official Presidential Inaugural Weekend. Ferdowsi also took part in Obama’s State of the Union address on February 12, 2013, where he was seated in First Lady Michelle Obama’s box “to highlight President Barack Obama’s call for more visas for skilled immigrants in the fields of math, science and engineering.”