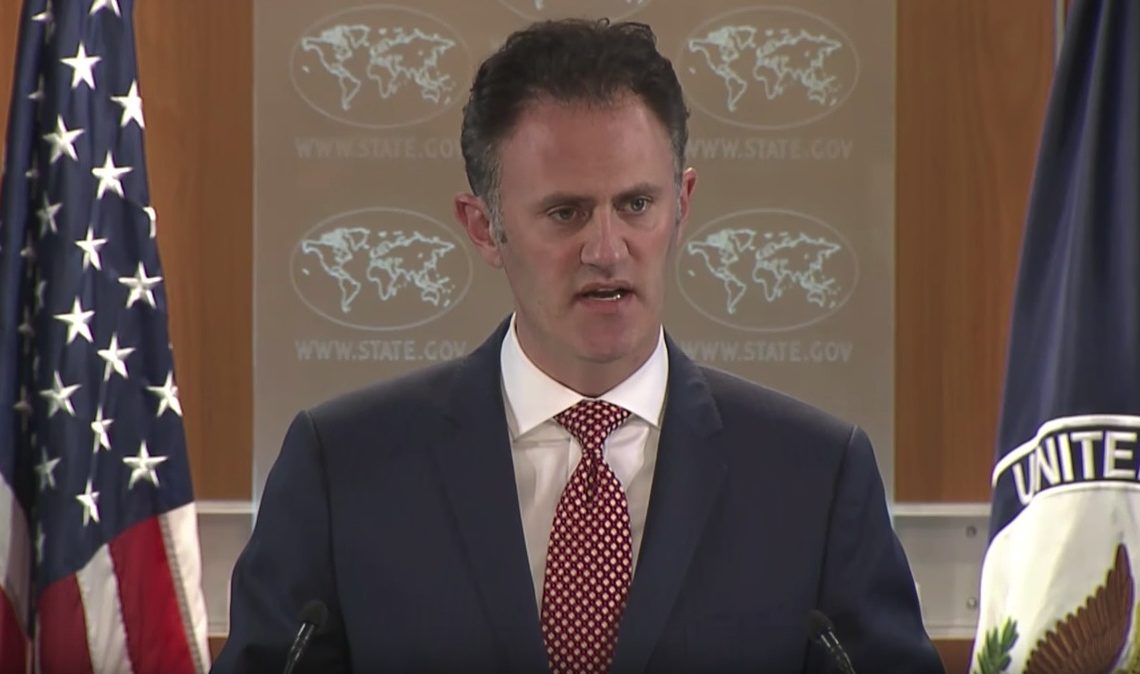 Nathan A. Sales
Ambassador-at-Large and Coordinator for Counterterrorism
Washington, DC

Good afternoon, everyone. This past weekend marked the 20th anniversary of the United States designating Hizballah as a foreign terrorist organization. With backing from its patron, the Iranian regime, Hizballah remains one of the world’s most dangerous terrorist organizations. It continues to commit terrorist attacks and to engage in other destabilizing activities across the globe.

The threat Hizballah poses to this country was underscored in June when the FBI arrested two alleged operatives, one in New York and one in Michigan. These men allegedly were operating on behalf of Hizballah’s international terrorist unit. Hizballah has a truly global reach. In the past several years, we’ve seen the group conduct a successful attack in Bulgaria. We’ve seen it undertake two separate plots in Cyprus. We’ve seen it develop large caches of weapons in Kuwait and Nigeria, and we’ve seen it send terrorist operatives to Peru and Thailand. These examples can leave no doubt about Hizballah’s true nature and intentions. It continues to build its worldwide terrorist infrastructure to lay the groundwork for future attacks.

Countering Hizballah is a top priority for the Trump administration. Today, I am announcing rewards for two senior Hizballah leaders under the State Department’s Rewards for Justice Program. First, the Department is offering a reward of up to $7 million for information that leads to the location, arrest, or conviction in any country of Talal Hamiyah. Hamiyah has been linked to several terrorist attacks, hijackings, and kidnappings targeting U.S. citizens. Hamiyah leads Hizballah’s international terrorist unit, the so called “External Security Organization,” which is responsible for planning and conducting terrorist attacks outside of Lebanon. These attacks have targeted primarily Americans and Israelis.

We’re also offering a reward of up to $5 million for information that leads to the location, arrest, or conviction in any country of Fuad Shukr. Shukr is a senior military commander of Hizballah’s forces in Lebanon. He’s also a member of the Jihad Council, Hizballah’s highest military body. Shukr plays a key role in Hizballah’s military operations in Syria, and he helped plan and launch the 1983 attack on the U.S. Marine Corps barracks in Beirut that killed 241 of our Marines.

Let me be clear. These are the first Hizballah-related rewards under the Rewards for Justice Program in a decade. Today’s announcement is just one part of our effort to counter Hizballah’s terrorist activities. Until Hizballah stops using terrorism and violence to achieve its goals, the United States and our allies will aggressively target its terrorism infrastructure and financial support networks.

Let me describe some of our other efforts to combat Hizballah. The FTO designation has been a key tool in disrupting the group’s associated networks. Since its designation in 1997, we’ve prosecuted approximately 21 cases against Hizballah members in the United States. The U.S. Government has also designated more than 100 people and entities associated with Hizballah around the world under a range of authorities. These include financial facilitators, the perpetrators of a 2012 attack in Bulgaria, and senior leaders of the organization. They also include Shukr and Hamiyah, who were designated in 2015 and 2012, respectively. Today’s rewards are another step to increase the pressure on them and their organization.

The United States is not the only country to understand Hizballah’s true nature. In recent years, the Gulf Cooperation Council and the Arab League have designated Hizballah as a terrorist organization, joining the United States, the EU, Australia, Canada, and New Zealand.

While much progress has been made, more work remains to be done. Hizballah is not subject to UN sanctions, nor is it sanctioned regionally or at the national level in South America, Africa, or Southeast Asia – all areas where the group is active. Additionally, some countries have chosen to designate only Hizballah’s military wing, leaving its so-called political wing untouched. But that is a false distinction. Make no mistake – Hizballah has no political wing. It is a single organization, a terrorist organization, and it is rotten to its core. These gaps are not merely symbolic; they limit other governments’ ability to freeze Hizballah assets, to shut down its front companies, to eliminate its fundraising and recruiting capabilities, and to prosecute Hizballah-associated networks.

The United States will need allies in this fight. For countries that have already sanctioned Hizballah, we applaud them for taking this important step, and we urge them to further disrupt the group’s activities. As for countries that have yet to do so, we invite them to step up and help us confront this common threat. In particular, we urge our partners to join the U.S.-Europol Law Enforcement Coordination Group. The LECG provides a platform for strong collaboration among more than 25 countries that are confronted by this threat.

Before I conclude, it’s important to recall that Hizballah hasn’t developed its military and terrorist capabilities on its own. It has become the global threat it is today for one reason: Tehran’s deep and abiding assistance. The Iranian regime has built and bankrolled Hizballah to foment instability throughout the region and across the world. This has all come at the expense of the Iranian people, whose resources are being diverted to support Hizballah’s bloody cause, and at the expense of Lebanon, which has suffered grievously from Iran and Hizballah’s deadly partnership. The people of Iran and the people of Lebanon deserve better than this.

Today’s Rewards for Justice announcement is another important step in our ongoing campaign to counter Hizballah’s wide-ranging terrorist activities. Working with our partners, we will confront Hizballah across the globe. We will deny it the resources it needs to carry out its deadly attacks, and we will bring its leaders and operatives to justice.