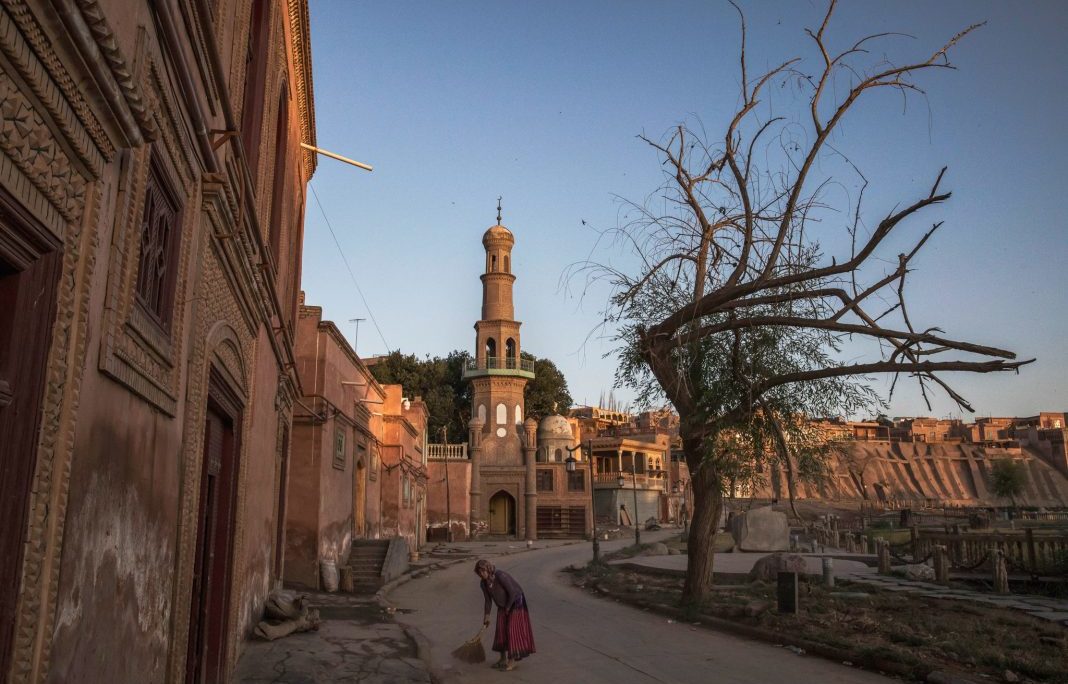 Chinese authorities routinely prohibit Muslims from practicing their faith — from forbidding fasting during the holy month of Ramadan to punishing halal practices.

Regulations in Xinjiang in northwest China specifically forbid men from growing “abnormal beards” and women from wearing veils that cover their faces. Prayer mats and copies of the Quran are regularly confiscated from people’s homes and smartphones are searched for religious content.

Meanwhile, the government has shuttered or destroyed thousands of mosques in Xinjiang, and increasingly in other parts of China.

“China isn’t backing away from the religious persecution,” Samuel Brownback, the State Department’s ambassador at large for international religious freedom, recently said. “It seems to be expanding.”

Those who defy the regulations and continue to practice Islam risk being sent to an internment camp in China’s Xinjiang Uighur Autonomous Region. China has detained between 800,000 to possibly more than 2 million Muslims in internment camps since April 2017, according to the U.S. State Department.

Survivors of the camps report that prisoners are forced to renounce Islam or face torture and abuse.

“The most severe human rights crisis in China — perhaps since the Cultural Revolution — is the mass detention and deployment of high-tech surveillance technologies to systematically repress Uighurs, Kazakhs and other Muslim minority groups in Xinjiang,” the State Department’s Laura Stone testified to Congress in December.

China-fication of the next generation

Government authorities want to make sure the next generation conforms to Chinese cultural traditions, not Muslim ones. It’s illegal for children under 18, for example, to attend a mosque or receive religious education at home.

Muslim parents are warned against picking a name for their newborn from China’s list of  “banned Islamic baby names.”

Recently, the Chinese government has been applying the list not just to newborns but to all children under the age of 16, forcing Muslims in Xinjiang with banned names to change them.

Ambassador Brownback said China has one of the “worst human rights situations in the world.”