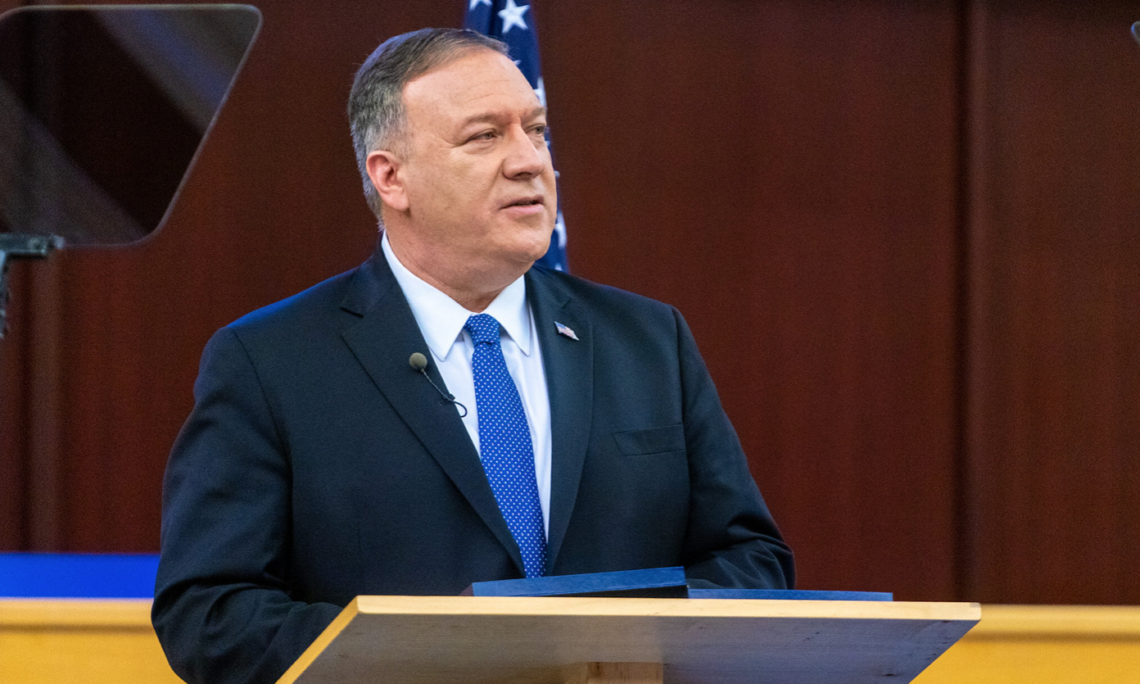 One year ago, the Iranian regime killed as many as 148 Iranian civilians in Mahshahr, while imposing digital darkness to hide evidence of their savage crackdown on last November’s protests in that city.  Both protesters and bystanders were targeted by snipers on rooftops, tracked down and surrounded by armored vehicles, and sprayed with machine-gun fire.  When protesters sought refuge in nearby marshlands, regime forces set fire to the area and then shot those trying to escape.  When families tried to recover the remains of their loved ones, Iranian authorities charged them hundreds of dollars for each bullet that had pierced their bodies.

Today, I am announcing the designation of Islamic Revolutionary Guard Corps (IRGC) Brigadier General Heidar Abbaszadeh and IRGC Colonel Reza Papi pursuant to Section 7031(c) of the Department of State, Foreign Operations, and Related Programs Appropriations Act of 2020 for their involvement, by operation of command responsibility, in gross violations of human rights, namely the flagrant denial of the right to life in connection with the violent suppression of protests by security forces in November 2019 in Khuzestan province.  These individuals and their immediate family members are ineligible for entry into the United States.  Iranian Minister of Intelligence Mahmoud Alavi is also being designated by the Department of Treasury under E.O. 13553, which authorizes sanctions for entities that commit serious human rights abuses against the Iranian people.

Additionally, today the United States is designating the Islamic Revolution Mostazafan Foundation, 51 associated entities, and 10 associated individuals pursuant to E.O. 13876, which authorizes sanctions for entities affiliated with the Supreme Leader’s Office.  This organization, which claims to be the “Foundation of the Oppressed,” is in reality a key agent of regime oppression and corruption, and many of its assets were originally confiscated from Iranians, especially from religious minorities such as Baha’is and Jews.  The foundation is involved with human rights abusers, those involved with the regime’s support for terrorism, and organizations involved in the brutal killings last November.  This action deprives the regime’s machinery of oppression the funds needed to execute its depraved agenda.  For more information, see the Department of Treasury’s press release.

Nations who believe in supporting the freedoms of expression and association should condemn Iran’s egregious human rights violations, and reaffirm respect for the dignity and human rights and fundamental freedoms of every person by imposing consequences on the regime as we have, today.  The Iranian regime maintains its grip on power through brute force, with no concern for the wellbeing of the Iranian people.  The United States will continue to stand with the Iranian people and demand the regime treat its own people with the respect and dignity they deserve.