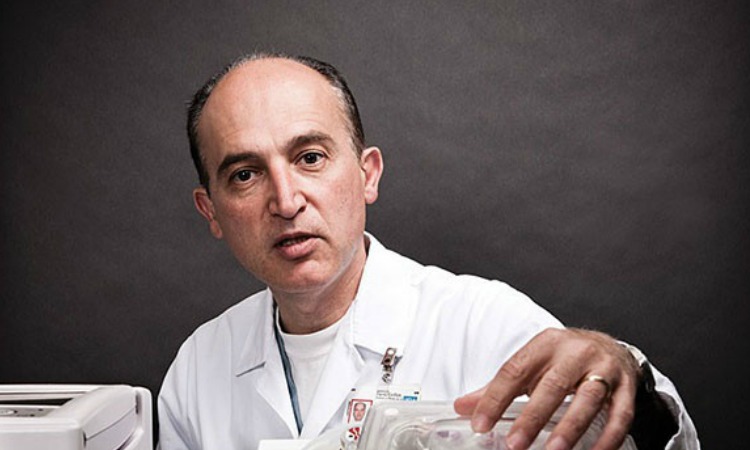 Dr. Abbas Ardehali, a professor of surgery and medicine in the division of cardiothoracic surgery at the David Geffen School of Medicine at UCLA, has been selected a 2017 recipient of the Ellis Island Medal of Honor by the National Ethnic Coalition of Organizations. Ardehali will receive the award at ceremony on May 13  at historic Ellis Island in New York City.

Ardehali serves as director of the UCLA Heart and Lung Transplant program, which was ranked as the largest combined heart and lung transplant program in the United States in 2016 by the United Network of Organ Sharing. Ardehali and his colleagues have been leaders in implementing new technologies to advance the field of heart and lung transplantation and have the depth of experience to take many of the more complex cases that other transplant centers are unable to accept.

His professional accomplishments include a role in developing an innovative technology for transporting human heart and lungs in a beating or breathing state. The technology could help to improve clinical outcomes and expand the donor pool of organs to help patients. He also developed and patented a new technology that will improve the care of patients with end-stage lung disease.

Among his many honors and awards, Ardehali received a Resolution of Commendation by the California State Assembly and the the Breath of Life Award from the Cystic Fibrosis Foundation.

Ardehali has been a faculty member at UCLA since 1997. He also served as chief of cardiothoracic surgery at West Los Angeles Veterans Hospital from 1998 to 2012. He co-authored a textbook, “Khonsari’s Cardiac Surgery: Safeguards and Pitfalls in Operative Technique,” published in 2016. He has authored numerous book chapters and more than 100 peer-reviewed manuscripts and abstracts. Ardehali has been interviewed by ABC News, the Associated Press, CNN, Fox News, NBC News, CBS News, “The Doctor’s Show,” and Al Jazeera America.

He completed his fellowship in cardiothoracic surgery at UCLA and his internal medicine residency at UC San Francisco. He earned a master’s degree in public health at UC Berkeley; a medical degree at Emory University School of Medicine; and both a master’s degree in chemical and biochemical engineering and an undergraduate degree in biology and biochemistry, both from Rutgers University.

Born in Tehran, Iran, Ardehali moved to the United States when he was in high school. He and his wife, Mitra, who is a practicing dentist, have two daughters, Leila and Sara, currently attending Barnard College and Columbia University.