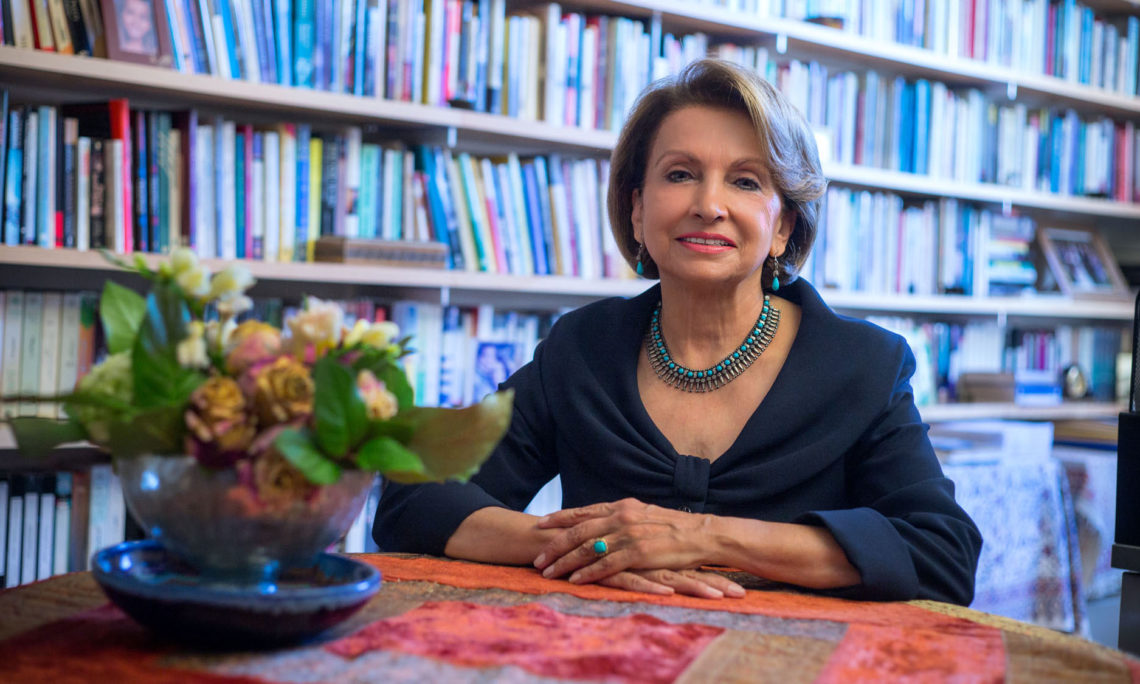 Farzaneh Milani is an Iranian-American scholar and author.

She teaches Persian literature and Women’s Studies at the University of Virginia. Milani is Chair of the Department of Middle Eastern and South Asian Languages and Cultures. She is also a poet, award-winning translator, and a recipient of the Carnegie Fellowship and the National Endowment for the Humanities. Milani’s 1992 book Veils and Words: the Emerging Voices of Iranian Women Writers (Syracuse, 1992), is now in its sixteenth printing. Her latest book is Words, not Swords: Iranian Women Writers and the Freedom of Movement (Syracuse, March 2011).

A native of Tehran, Milani had an international educating, attending French schools in the lower grades before relocating to the United States. There, she attended the California State University at Hayward, graduating with a BA in French Literature in 1970, and the University of California in Los Angeles, obtaining a PhD in Comparative Literature in 1979. In 1986, after a four year stint at her alma mater as an instructor of Persian Language and Literature, she took a position at the University of Virginia.

At the University of Virginia, she has been the recipient of several awards, including the All University Teaching Award in 1998, a nomination for Virginia Faculty of the Year in 1999, and a University Seminar’s Teaching Award in 2001. Her translation (with Kaveh Safa) of A Cup of Sin: Selected Poems of Simin Behbahani won the Lois Roth Literary Award in Translation.

Milani is the author of over 100 articles, op-eds, prologues, epilogues, forewords and afterwords in both Persian and English. She has guest edited two issues of Nimeye-Digar, a Persian-language feminist journal, IranNameh, and Iranian Studies: A Journal of the International Society for Iranian Studies. Her work has appeared in the New York Times, the Washington Post, Ms. Magazine, Readers Digest, USA Today, Christian Science Monitor, and N.P.R.’s All Things Considered. She has presented more than 150 lectures in the United States and around the world.