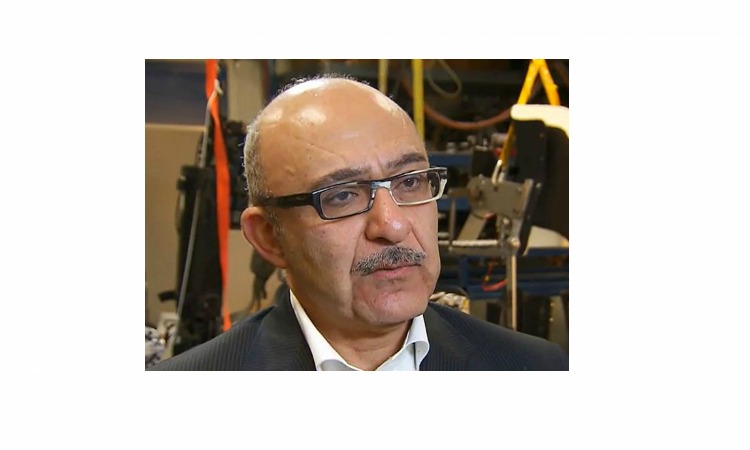 Homayoon Kazerooni is a roboticist and professor of Mechanical Engineering at theUniversity of California, Berkeley.

Dr. Kazerooni’s work focuses on the control of human-machine systems specific to lower human extremities. After developing BLEEX, ExoHiker, and ExoClimber – three super-light, load-carrying exoskeletons – Berkeley Bionics and his team created HULC (Human Universal Load Carrier). It is the first energetically-autonomous, orthotic, lower extremity exoskeleton, providing the ability for its user to carry 200-pound weights over any sort of terrain for an extended period of time without undue effort. These exoskeletons reduce the possibility of the wearer becoming fatigued and reaching their physiological endurance limit during critical military or industrial missions.

Dr. Kazerooni has started a project to develop low-cost exoskeleton systems to enable independence for individuals with gait deficiencies called the AUSTIN Project.

Prior to his research work on lower extremity exoskeletons, Dr. Kazerooni led his team to successfully develop robotics systems that enhance human upper extremity strength. The results of this work led to a new class of intelligent assist devices currently being used by workers worldwide for manipulating heavy objects in distribution centers and factories.

Dr. Kazerooni holds a Doctorate in Mechanical Engineering from MIT and has over 30 years of mechanical engineering experience. He has published more than two hundred articles, delivered over 70 plenary lectures in the U.S. and internationally, and holds seventeen pertinent patents. As a noted authority on robotics, he is frequently profiled and quoted in the media.