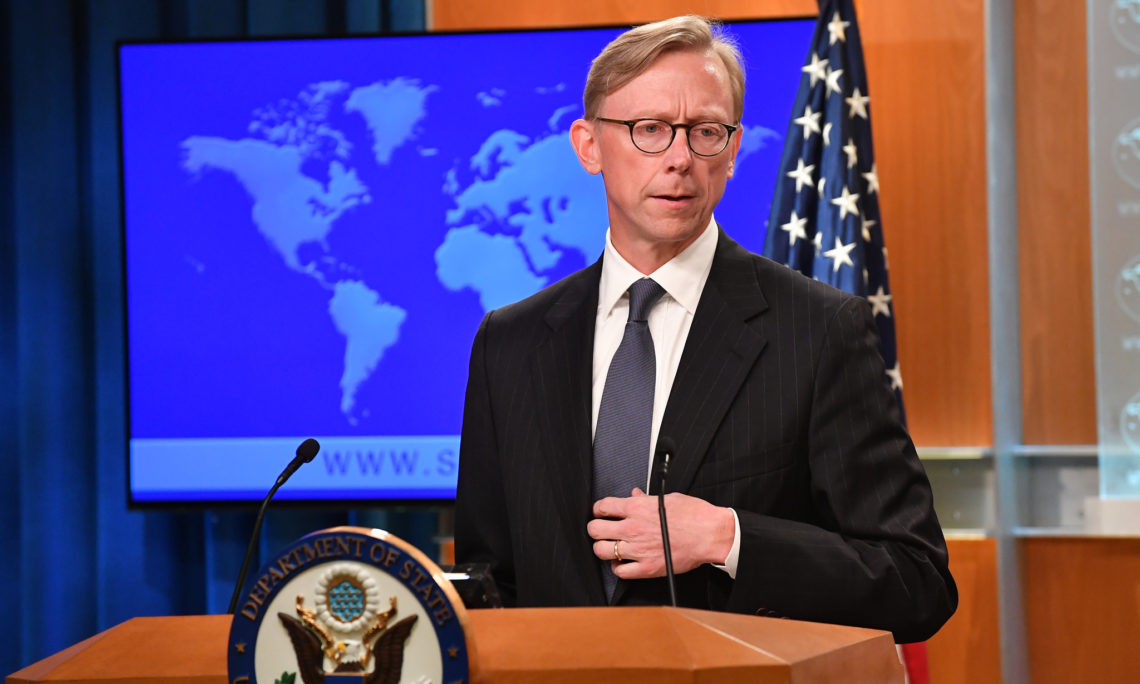 If Iranian tankers make calls to your ports or transit through your waterways, this comes at a great risk. The United States urges you to consider the advisory we are issuing today.

On November 5, the United States re-imposed the remaining sanctions that were lifted under the Iran Deal.  This includes sanctions on Iran’s port operators as well as its energy, shipping, and shipbuilding sectors.  Iran’s national maritime carrier, the Islamic Republic of Iran Shipping Lines, and its oil transport giant National Iranian Tanker Company were placed back on the SDN list this week.

Sanctions have also been re-imposed on the provision of underwriting services, insurance, and reinsurance. Knowingly providing these services to sanctioned Iranian shipping companies could result in the imposition of U.S. sanctions.

As Iran’s maritime carriers and vessels are re-designated and lose access to insurance on the international market, they are likely to turn to self-insurance.

Should there be an accident involving an Iranian tanker, there is simply no way these Iranian insurance companies can cover the loss.

Oil spills and accidents involving tankers are extremely costly.  The immediate costs associated with response and cleanup can range from hundreds of millions of dollars to several billion dollars.  When litigation costs and penalties are added, the total liability is even greater.

From the Suez Canal to the Strait of Malacca and all chokepoints in between, Iranian tankers are now a floating liability. Countries, port and canal operators, and private firms should know they are likely on the hook for any costs in the event of an accident involving a self-insured Iranian tanker.

We sincerely hope there will be no accidents, but such an incident is a very real possibility given Iran’s record.  Only 10 months ago in January, an oil tanker managed by the National Iranian Tanker Company collided with a vessel in the East China Sea.

Self-insured Iranian tankers pose a risk to the ports that permit them to dock, the canals that allow them to transit, and the vessels that cross their path. This exposes the entire maritime shipping network to immense liability.

If entities continue to do business with Iran’s tankers, they may assume accepting that Iranian insurers can, and in good faith will, absorb the full liability associated with any future accident. This is a fantasy and could leave you on the hook for millions of dollars.

I described very serious liability concerns, but all nations should be aware of the safety standards and practices of Iran’s oil tankers.

There are increasing reports that Iranian tankers are switching off their AIS transponders at sea.  These transponders are safety devices used for collision avoidance and navigation. They enable ships to see other ships and to communicate with coastal authorities.

Based on credible data, we now know that up to a dozen Iranian tankers have disabled these systems recently and effectively gone dark.

Turning off these marine transponders makes tankers harder to track and is a sanctions evasion tactic Iran has used in the past.

This tactic is a maritime safety threat.

Self-insured Iranian tankers engaging in unsafe behavior with many tons of crude oil on board is courting disaster.