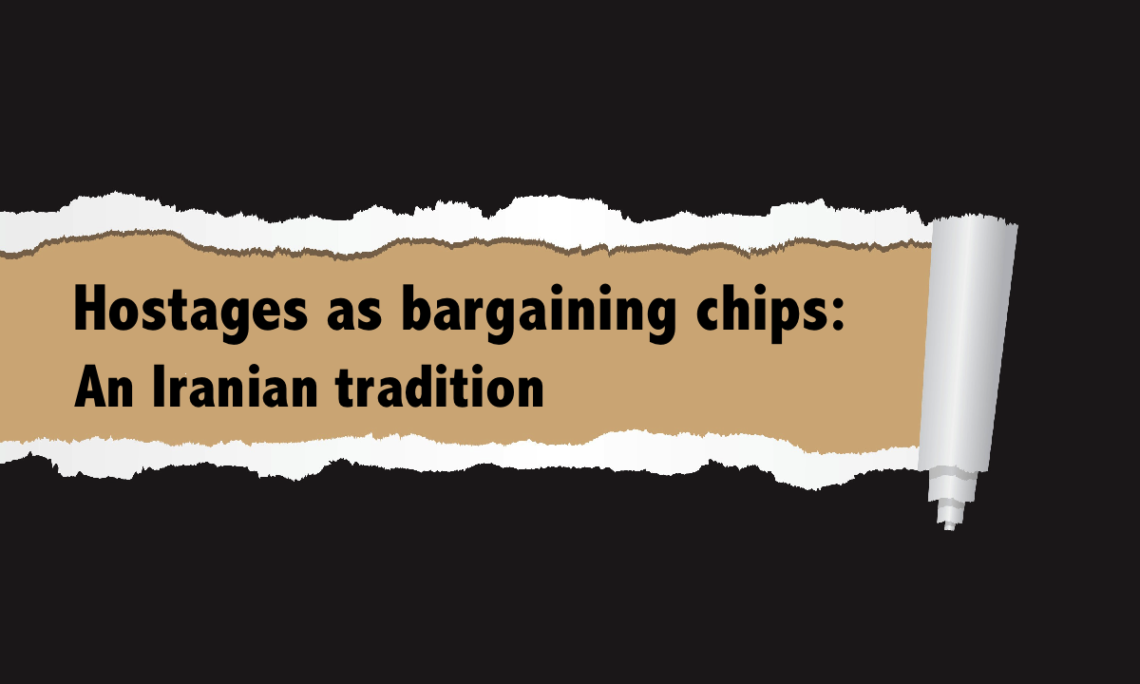 Hostage taking has been a constant and contemptible feature of the Iranian regime ever since Islamic fundamentalists overthrew Iran’s government in 1979. That year, radicals took more than 60 U.S. Embassy employees hostage and held 52 Americans prisoners for 444 days.

Foreigners who come to Iran today to work, study or visit family are frequent targets for the regime, who see them as opportunities to extract money or policy changes from governments.

Dual nationals — citizens of both Iran and another country — continue to be targeted for “arbitrary and prolonged detention” and often are not allowed to obtain lawyers and defend themselves, according to the U.S. Department of State’s 2017 Human Rights Report on Iran.

In some cases, dual nationals have received 10 years or more in prison. For example, American-Iranian businessman Siamak Namazi was visiting his parents in Tehran in 2015 when he was arrested for “collaborating with enemy states” and sentenced to 10 years in prison. In 2017, the U.N. Working Group on Arbitrary Detention considered “that there is an emerging pattern involving the arbitrary deprivation of liberty of dual nationals in Iran.” Namazi is being held in Iran’s infamous Evin Prison and denied access to his lawyer or visits by family members.

British-Iranian aid worker Nazanin Zaghari-Ratcliffe was arrested on trumped-up spying charges in April 2016 following a family visit. A judge in Tehran recently ruled that she will not be released until Iran receives payment for an old debt owed by Britain, according to the Center for Human Rights in Iran.

The judge “has confirmed what we have been suspecting for some time,” Zaghari-Ratcliffe’s husband, Richard Ratcliffe, told the Center for Human Rights in Iran in July. “His statements confirm that Nazanin is being held in prison as a bargaining chip,” he said.

And Princeton University student Xiyue Wang, a naturalized American citizen from China, was arrested on spying charges in 2016 while learning Persian and conducting historical research for his doctoral dissertation. Princeton officials said they continue “to hope that the Iranian authorities will allow this genuine scholar, devoted husband, and caring father to return to his doctoral studies and his family.” The university will continue to support efforts to “seek his safe return home.”

Former FBI agent Robert Levinson has been missing for more than 11 years in Iran, becoming the longest-held U.S. hostage in American history. The Iranian government previously committed to helping the United States in locating Levinson and the U.S. government continues to press Iran to uphold this commitment so that he can rejoin his family.

Iran’s Islamic Revolutionary Guard Corps has arrested at least 30 dual nationals over the past two years, mostly on spying charges. As of August, 11 remain in Iranian prisons, including several Americans.

U.S. Secretary of State Mike Pompeo said in May that “we are working diligently to bring each American missing, wrongfully detained in Iran, home. Iran must release all U.S. citizens, as well as citizens of our partners and allies, each of them detained on spurious charges.”