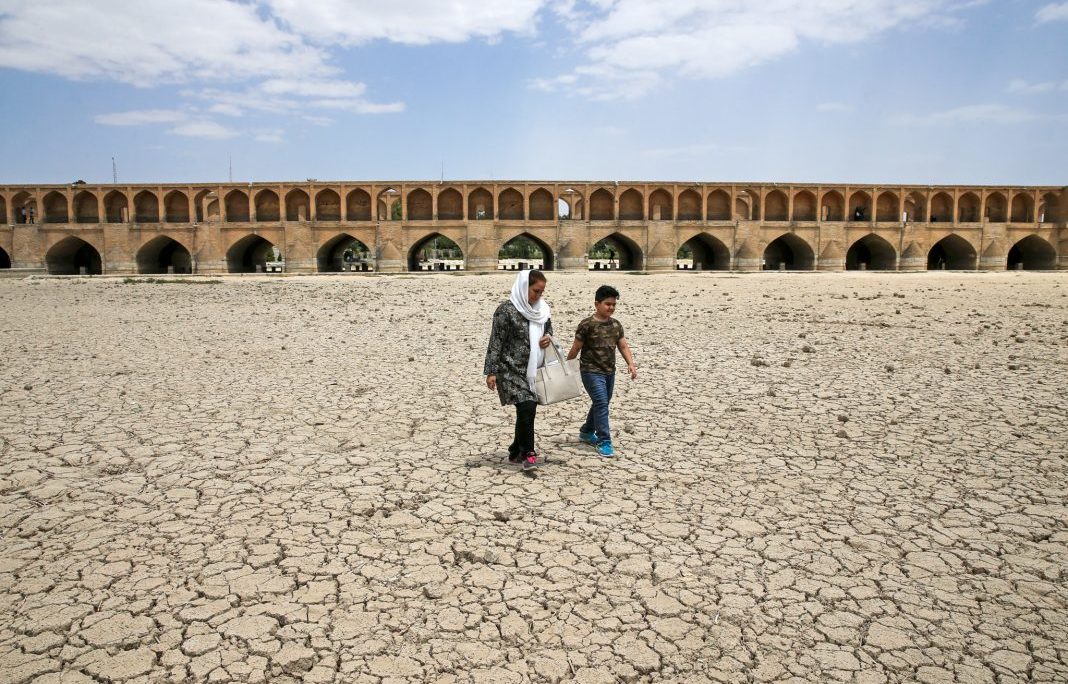 Cities, towns and farms in Iran are running out of water largely due to poorly administered water resource policies and corruption, driving thousands of people from their homes and inciting protests.

“The protests of the past few months show that the Iranian people are deeply frustrated with their own government’s failures,” Secretary of State Mike Pompeo said earlier this year when he outlined a new Iran strategy. “Government mismanagement of Iran’s natural resources has led to severe droughts and other environmental crises as well,” the secretary said.

An increasing number of protests are in areas where drought and water shortages are at a crisis level, especially in the city and environs of Isfahan and numerous towns in the western province of Khuzestan.

In April, Voice of America reported on the days-long street protests in Isfahan, where residents said the government was diverting water to the nearby Yazd province, causing water shortages and damaging farmland.

Street protests in July broke out in Khorramshahr, about 650 kilometers southwest of Tehran. The Associated Press reported residents there complain of “salty, muddy water coming out of their taps.”

The problem stems from the Gotvand Dam on the Karoun River in Khuzestan province that Iran built in 2004 despite environmental impact warnings about the nearby salt beds. Today, the river’s elevated salinity has badly damaged the once agriculture-rich land in the Khuzestan region.

Over the past three decades, Iran has built hundreds of dams, “changing the natural direction of water flow and favoring the elites at the expense of ordinary Iranians, Ahmad Khalid Majidyar, director of IranObserved at Washington’s Middle East Institute, writes.

Majidyar says Iranian leaders blame neighboring countries’ water management policies and other factors for the country’s drought and environmental problems, “yet they largely overlook corruption and mismanagement in the country as well as wrong government policies responsible for the deteriorating crisis across the country.”