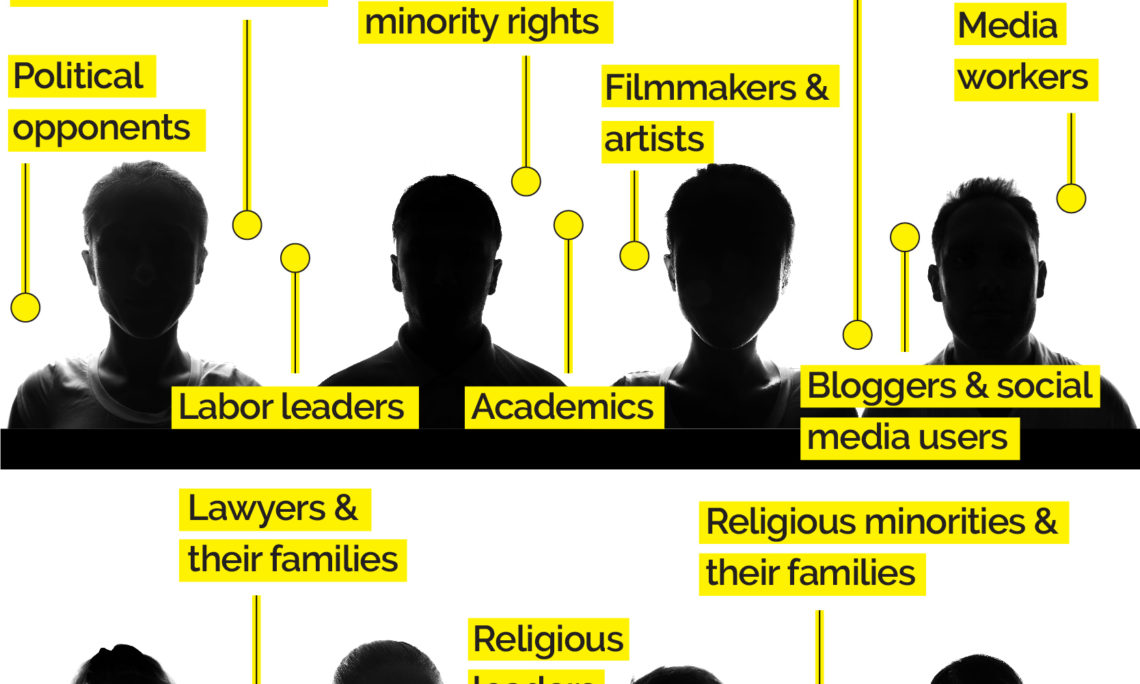 Iranian authorities arrested and imprisoned at least 1.7 million of their own people in the Tehran area over the past four decades, and many were executed, a 2019 report says.

Among them: more than 5,700 members of the Baha’i religious minority and at least 860 journalists and citizen-journalists, according to Reporters Without Borders. The Paris-based nongovernmental organization released its report “Forty years of state lies” February 7, 2019.

The findings are based on a leaked Iranian file that details the judicial proceedings over 40 years. Islamic fundamentalists overthrew Iran’s government February 11, 1979.

The information exposes “the scale of the lies that the regime has orchestrated about judicial persecution in Iran for decades,” Reporters Without Borders said in a press statement.

Many of the arrested also were members of religious and ethnic minorities, prisoners of conscience, regime opponents or activists.

Among the startling findings in the report: 61,940 political prisoners have been arrested since the 1980s, including many young teens. The report also confirmed that 4,000 political prisoners were executed in 1988 on Supreme Leader Ruhollah Khomeini’s orders. The report’s numbers do not include the more than 7,000 Iranians that the regime jailed during nationwide protests in November 2019.

The regime shut down the internet November 16, 2019, to mask its response to demonstrations that began with a hike in gas prices. The protests evolved into a widespread indictment against the regime’s decades of repression and economic mismanagement.

“The very existence of this file and its millions of entries show not only the scale of the Iranian regime’s mendacity for years when claiming that its jails were holding no political prisoners or journalists, but also the relentless machinations it used for 40 years to persecute men and women for their opinions or their reporting,” said Christoph Deloire,Reporters Without Borders’ secretary-general.