Home Home | News | Iran Was Pioneer in Wetland Conservation in 1971 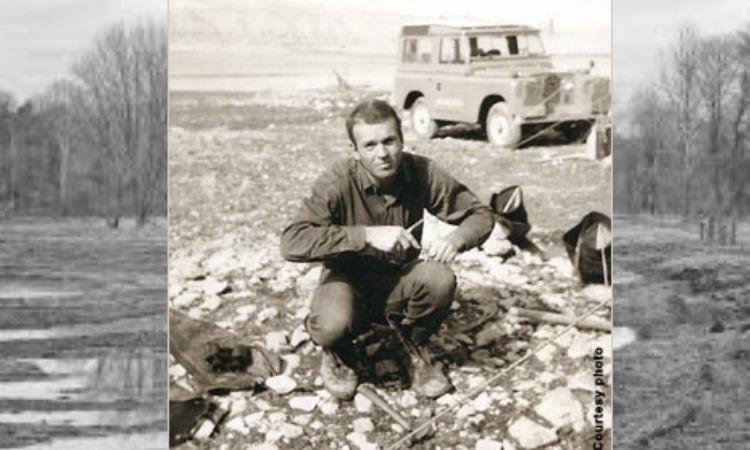 Washington — Iran can be proud of the role it played in the creation of the first international agreement to preserve the world’s wetlands, says an American wildlife conservationist whose research in Iran in the late 1960s helped draw attention to the importance of Iran’s wetlands habitat.
“There was a recognition that Iran was a pretty important place in terms of waterfowl, wetlands and many other natural resources,” said David Ferguson, who lived in Iran from 1966 to 1970 and headed projects to count and band waterfowl (put identification bands on the birds’ legs) and inventory the country’s wetlands. As a Peace Corps volunteer, he was an adviser to the Shekar Bani (Game Council) — a government-sponsored group set up to regulate hunting and protect game species and their habitat — and then he joined Iran’s Game and Fish Department.
Iran provided data from its waterfowl and wetlands studies to international groups interested in wetlands conservation, such as the International Waterfowl Research Bureau (IWRB, now called Wetlands International). “There wasn’t too much coming out of the other countries in the region, and it sparked their interest,” said Ferguson.
He credited Eskandar Firouz, a member of the Shekar Bani who became director of the Game and Fish Department, with fostering Iran’s involvement in the European-initiated effort to create an international agreement aimed at wetlands conservation.
In 1971 in the Caspian resort of Ramsar, Iran, hosted a meeting of wetlands conservation groups and representatives from 18 countries. At that meeting, the text of the Convention on Wetlands of International Importance especially as Waterfowl Habitat — better known as the Ramsar Convention — was finalized and adopted. (When enough countries acceded to the convention in 1975, it entered into force.)
Some participants at the Ramsar meeting, Ferguson said, visited the Parishan Lake and Dasht-e Arjan complex in central Fars province and were “suitably impressed” with the diversity and grandeur of the lakes, marshes and mountain ranges. Those wetlands make up one of Iran’s 24 Ramsar protected sites.
Nations that join the convention agree to ensure the conservation and wise use of wetlands they have designated as “wetlands of international importance.” There are now 160 signatory nations that provide protection for almost 2,000 sites encompassing 192 million hectares.
ABOUT WETLANDS
Wetlands provide habitat and water for countless species of plants and animals, serve as a buffer for floods and other extreme weather, and filter pollutants from waterways. They are valuable in other ways, including as tourist attractions.
Ferguson pointed out that wetlands are a global resource because of the nature of migration. It’s important to preserve the wetlands that serve as breeding grounds and wintering grounds, but other areas may also be important. “Sometimes the birds come down and need to rest and refuel,” he said. A wetlands area “may be important for a very short time of the year. It’s really important to maintain that wetland site just for that purpose.”
Many species of waterfowl migrate from Russia to the Middle East and some continue to India and Africa. Iran, because of its location and geography, “is a really important cog in this whole field of migratory waterfowl and wetland conservation,” he said. Several million waterfowl use Iran’s wetlands as wintering habitat, and perhaps as many birds use the wetlands as staging areas on their way to and from wintering areas further to the southwest or southeast, according to Wetlands International.
Ferguson, now retired, said that after he left Iran in 1970, he continued to support the wetland conservation effort there for several years. He returned to Tehran briefly in 1976 with a team from the U.S. Fish and Wildlife Service studying the houbara bustard, a migratory bird. Ferguson’s first child, a daughter, was born in Iran (his wife is American). He still speaks a little Persian.
Even though he worked in Iran only four years, the experience changed his life, Ferguson said. He used his Iran research for his master’s degree in wildlife conservation at Colorado State University. His thesis became a published paper entitled “Waterfowl Wintering, Resting and Breeding Areas of the Southwest Caspian Lowlands.”