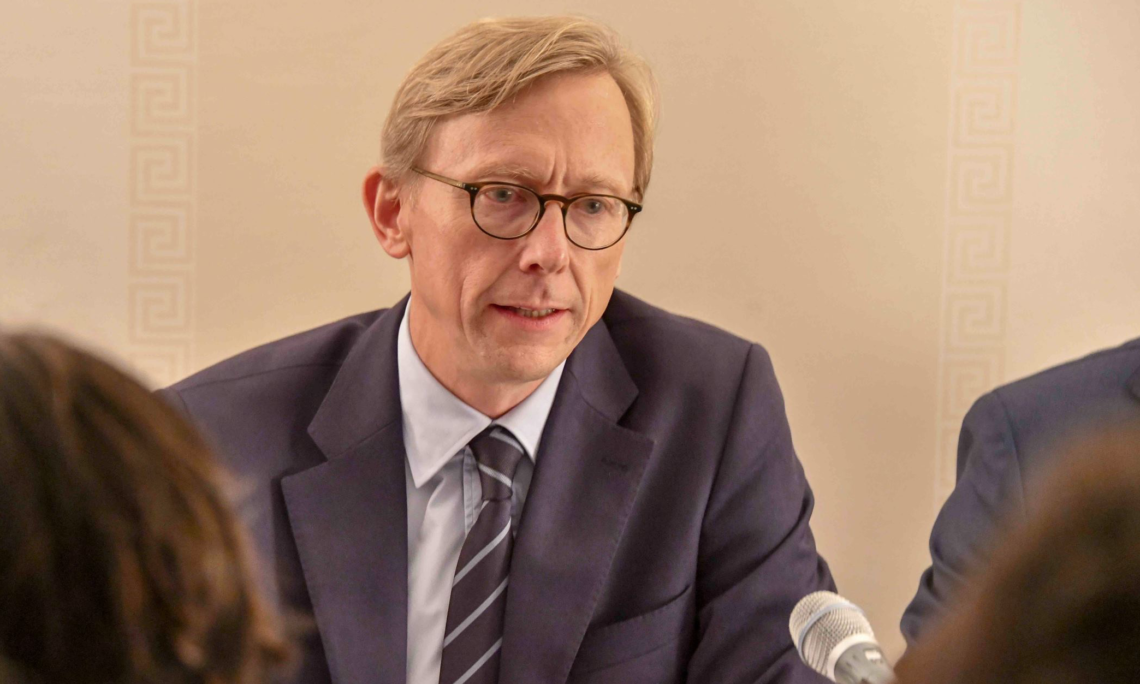 Iran recently observed the 41st anniversary of the Islamic Revolution. The lack of enthusiasm among ordinary Iranians is no mystery. The revolution has failed to deliver the just and prosperous society that Ruhollah Khomeini promised the Iranian people in 1979.

Today, the revolution belongs primarily to the regime’s hypocritical elite. Ayatollah Ali Khamenei’s Setad hedge fund, worth tens of billions of dollars, was supposed to be a charity, but it now seizes property from Iranians to sustain the regime. The Revolutionary Guards have become a state within a state, developing a stranglehold on many parts of the economy. Iran’s foreign minister speaks to the world on his Twitter account while his regime outlaws Twitter ​for Iranians.

Isn’t it time for the Iranian government to leave 40 years of failure and mismanagement behind? Isn’t it time to abandon the policies that have kept the people of Iran and the United States apart since 1979?

The peoples of the United States and Iran should have diplomatic ties. We can foresee a new American Embassy in Tehran issuing visas to tourists, business travelers, and teachers. There should also be direct flights from Tehran to New York or Los Angeles. Before the revolution, America was Iran’s second-largest trading partner. It should be again. Before the revolution, 50,000 Iranian students were studying in American universities. Renewed relations would open the door to tremendous opportunities.

One day soon, the brightest minds in our countries could work to solve problems for the Iranian people. With open relations between the United States and Iran, together we could reduce Tehran’s severe air pollution, build homes that withstand earthquakes in Kermanshah, deliver new medical treatments to veterans of the Iran-Iraq war, and restore water to Lake Urmia and the Zayandeh River.

America stands ready to engage an Iranian government with mutual respect, in pursuit of mutual interests. But in order to make this opening possible — in order to normalize ties and enjoy all the benefits that would follow — the regime must first decide that it wants to be a normal country and not a revolutionary cause.

The regime should invest in its own people instead of bankrolling dictators, terrorists, missiles and militias. Thanks to regime subsidies, the average Hezbollah combatant makes two to three times what an Iranian firefighter is paid.

If nations choose not to hold this regime to the same standard as all other nations, we must expect more of the same violence abroad and oppression at home. The Iranian people, including women who are denied even their most basic dignity, are pressuring the regime from inside. They want nations to support them with pressure from outside. That is the best and most probable path to promote peace and to secure the rights and freedoms the Iranian people deserve and were promised in 1979.