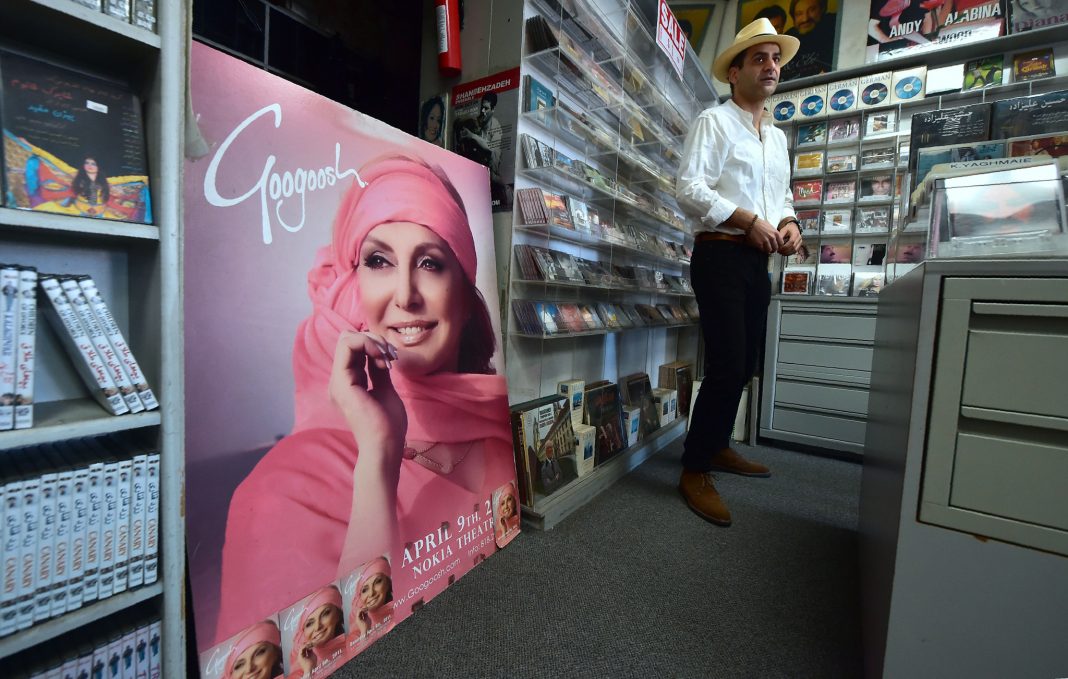 In a Los Angeles neighborhood known as Little Persia or “Tehrangeles,” (a combination of the words Tehran and Angeles), shoppers can buy the latest Persian pop music, browse a Persian-style art gallery or get a scoop of rosewater-flavored ice cream.

Ali Kashani-Rafye, founder of Saffron & Rose, opened his Persian-style ice cream shop in the 1970s after learning his craft in Tehran. His family — part of the up to 500,000 Iranian Americans who make this part of Southern California the largest Persian community in the United States — continues the tradition.

“Saffron & Rose is now a landmark, and almost once a week an Iranian visiting from around the U.S. — or even from Iran — will come into our shop for an ice cream,” says Fred Papen, Kashani-Rafye’s grandson and third-generation owner of the business.

Thousands of Iranians settled in the United States in the decades leading up the the 1979 Iranian Revolution, largely students and professionals fluent in English. As Iranians fled the revolution, the Iranian population in the U.S. swelled.

Estimates of Iranian Americans nationwide range from 500,000 to 1 million, with the largest concentration in Los Angeles. Half live there and elsewhere in California), followed by the New York and Washington metro areas.

The Iranian-American community is ethnically diverse, and includes not only Persians, but Azaris, Kurds, Arabs, Lors, Balochs and other ethnicities.

While many are Muslim, Baha’is, Christians and Zoroastrians also are significant parts of the large Iranian-American community and enjoy the freedom to practice their religion in their adopted home.

Jimmy Jamshid Delshad, an Iranian Jew born in Shiraz, was twice elected mayor of Beverly Hills, home to a large percentage of Iranian Jews. Following his first election in 2007, he told the Jerusalem Post, “As a Jewish youngster in Iran, I was a second-class citizen. Through my example, I hope to open doors in America for other people like me.”

Many of the hundreds of Iranian-American cultural, religious and professional organizations are devoted to the arts — especially music and literature — a reaction to the Iranian regime’s strict repression of artistic freedom. Persian artists are represented in film, radio and television stations, festivals and musical performances and include famed classical guitarist Lily Afshar and director and screenwriter Ramin Bahrani.

Iranian Americans are among the most highly educated in the U.S. Nearly 60 percent have earned at least an undergraduate degree, according to the U.S. Census Bureau.

Iranian Americans also have one of the highest rates of self-employment among immigrant groups. Many have founded their own companies, including Isaac Larian, the founder of MGA Entertainment, a manufacturer of children’s toys and games and consumer  electronics.

Papen of Saffron & Rose says his ice cream business is expanding. “We ship our ice cream cross-country to the four corners of the United States to restaurants and supermarkets. And as we speak, an architect is designing our second shop location in Orange County.”

“Ten years ago, 95 percent of our customers were Persians. Today, we’ve grown to include a large following of Americans from every race and ethnicity,” Papen says.