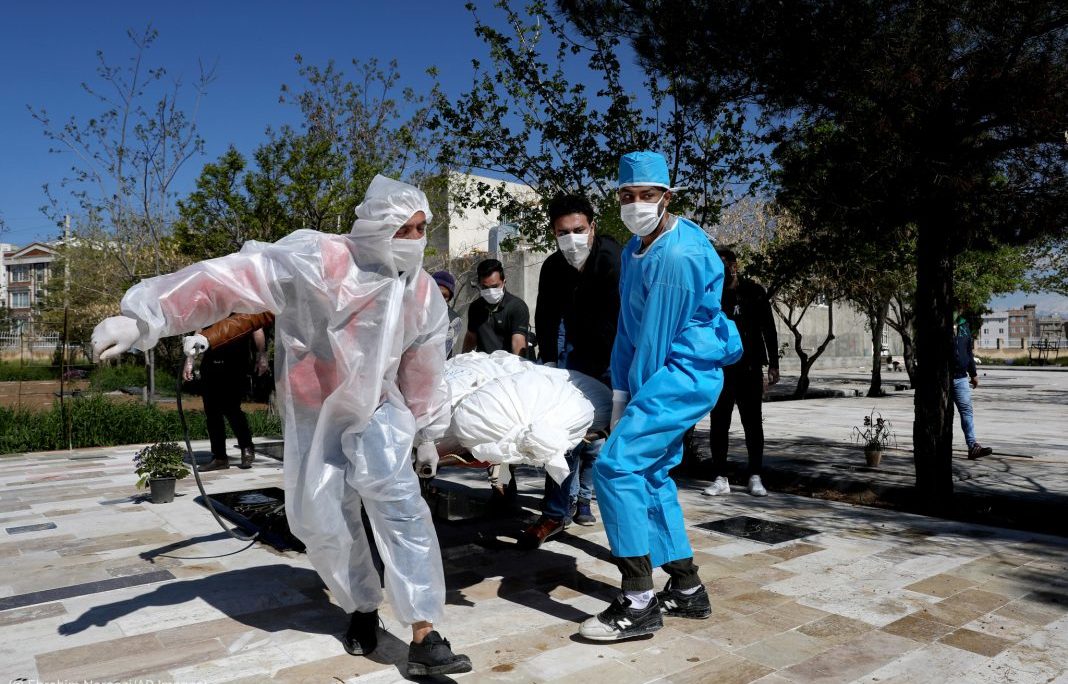 Workers wearing protective clothing carry the body of a COVID-19 victim at a cemetery outside Tehran on March 30. (© Ebrahim Noroozi/AP Images)

In the March 29 letter, reported by the Middle East Media Research Institute (MEMRI), 100 academics call Khamenei “the Number 1 culprit” for COVID-19 sweeping the nation unchecked. Now one Iranian is infected every minute, while one dies every 10 minutes, the critics say, citing senior staff in Iran’s Department of Health.

“Everyone now knows that the initial obfuscation by the regime and its security forces robbed the Iranian people of their chance to curtail this dangerous virus,” the letter says. “The lives of Iranian citizens were sacrificed, irresponsibly and inhumanely, in service of the regime’s political interests.”

The academics — all of whom live outside of Iran — outline actions they say show Khamenei repeatedly putting himself and his cronies over the health and safety of everyday Iranians.

Here are the academics’ main criticisms:

U.S. officials say the regime also has declined their offers of aid to fight the coronavirus.

A U.S.-designated terrorist group, the IRGC-QF causes sectarian violence in the Middle East.

The academics also fault the regime for failing to quarantine Qom, the epicenter of Iran’s outbreak, because of the city’s connection to Chinese government development projects, according to MEMRI.

“Khamenei is the main culprit in the making of the current crisis into a national disaster,” the letter says.