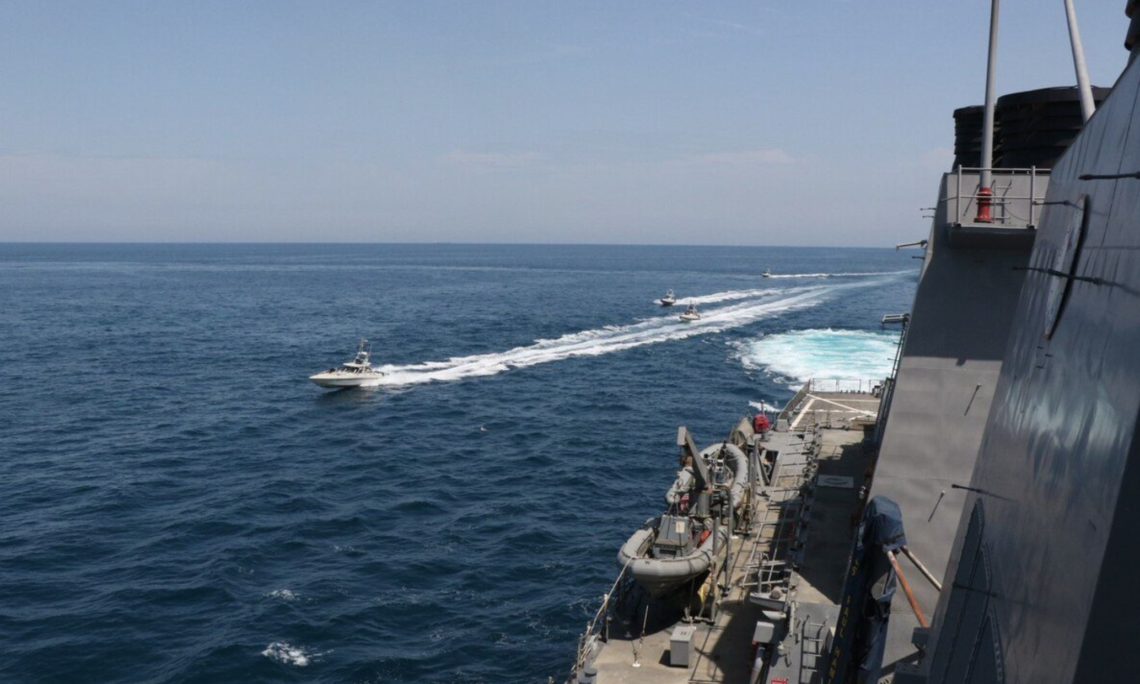 Iran has long used its naval forces to terrorize the international maritime community – this is not a new phenomenon. In 2015, during negotiations of the Iran Deal and after its adoption, the U.S. Navy recorded 22 incidents of unsafe and unprofessional conduct by the IRGC Navy (IRGCN), many that risked collision. An additional 36 incidents of unsafe and unprofessional conduct were recorded in 2016.

This includes the January 2016 incident where IRGC naval forces seized two U.S. Navy riverine boats and detained ten U.S. sailors for a period of 15 hours, violating their rights under the Geneva Convention by parading them in front of their propaganda cameras.

When President Trump took office, he initiated a comprehensive review of the United States’ Iran policy in light of the Iran Deal’s failure to address the regime’s growing threats to international peace and security. During this review period, Iran continued its dangerous naval activity.

In October 2017, President Trump announced a new Iran policy that made clear the United States would not tolerate the status quo from Iran, nor appease their provocations. Following the President’s announcement, incidents of IRGC naval harassment sharply declined and remained depressed even after the United States withdrew from the JCPOA.

In May 2019, Iran began a panicked campaign of aggression to extort the world into granting it sanctions relief.

At the same time the Iranian regime is seeking sanctions relief, it focuses its resources and efforts to harass the international maritime community.

In response to the elevated risk posed to commercial vessels transiting the Strait of Hormuz, the United States spearheaded the creation of the International Maritime Security Construct (IMSC), a coalition of eight European, Middle Eastern, and Asian nations committed to ensuring freedom of navigation and the free flow of commerce through the strait. Since the IMSC was stood up in August 2019, Iranian mine attacks have ceased.

President Trump will not tolerate or appease Iran’s foreign policy of violence and intimidation. Iran must act like every other normal nation, not a nation that sponsors piracy and terror.

“I have instructed the United States Navy to shoot down and destroy any and all Iranian gunboats if they harass our ships at sea.” -President Donald J. Trump, Twitter, April 22, 2020