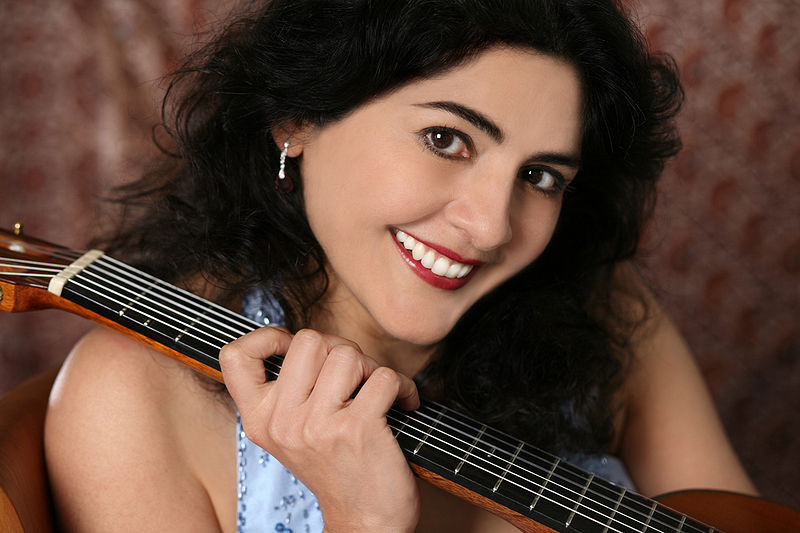 Lily Afshar is an Iranian-American classical guitarist. Lily was born in Tehran. At ten years of age she first encountered the guitar and found out about her love for music while visiting a cousin who was taking lessons. Her prodigious skill and love of music eventually led her to The Boston Conservatory, where she earned a bachelor’s degree in music, and to The New England Conservatory, where she received her Master of Music.  At Florida State University she studied with the renowned Bruce Holzman and became the first woman in the world to be awarded the degree of Doctor of Music in guitar performance.

Her latest CD, “Musica da Camera” released worldwide in October 2013, demonstrates the depth and range of a singularly accomplished artist in her prime.

Beyond the United States and Canada, Afshar’s concert schedule has taken her to solo, chamber music, and orchestral performance venues in England, Ireland, France, Italy, Denmark, Jordan, Iran, Australia, and New Zealand, as well as countries in South America and Africa.

She won the 2000 Orville H. Gibson Award for Best Female Classical Guitarist. Lily was awarded the 2008 Distinguished Teaching Award. Other awards include the National Endowment for the Arts Recording Award, a Top Prize in the Guitar Foundation of America Competition and the Grand Prize in the Aspen Music Festival Guitar Competition.

She was chosen as “Artistic Ambassador” for the United States Information Agency to Africa.