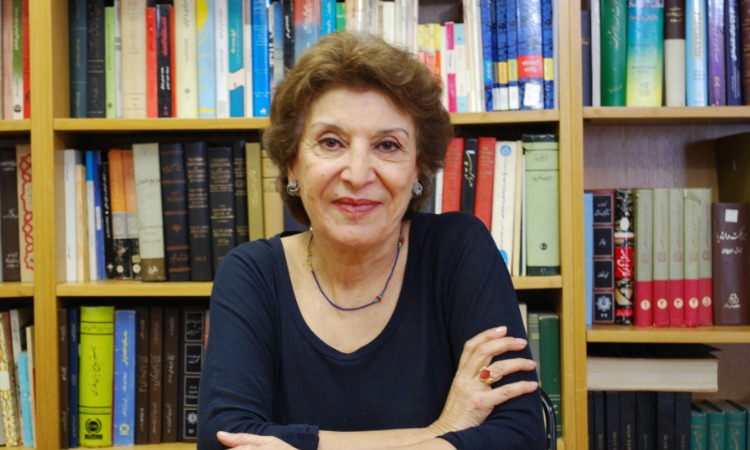 Mahnaz Afkhami was born in Kerman, Iran in 1941 and is the Iranian-American Founder and President of Women’s Learning Partnership (WLP). She is also the Executive Director of the Foundation for Iranian Studies and former Minister of Women’s Affairs of Iran.

Her early childhood was spent in Kerman, Iran. When she was 11 a part of her family moved to the United States. She attended the University of San Francisco and the University of Colorado in Boulder. In 1967, Mahnaz returned to Iran as a professor of literature at the National University of Iran. She worked there until 1978.

Afkhami has been an advocate of women’s rights for more than three decades, having founded and headed several international non-governmental organizations focused on advancing the status of women. Afkhami has lectured and published extensively on the international women’s movement, women’s human rights, women in leadership, women and technology, the status of women in Muslim majority societies, and women’s participation in civil society building and democratization. Her books have been translated in multiple languages and distributed internationally.

In 1969, two years after returning to Iran as a professor of literature and Chair of the Department of English at the National University of Iran, she founded the Association of University Women and was drawn into Iran’s women’s movement. In 1970 she became the secretary general of the Women’s Organization of Iran (WOI). She remained at the head of the WOI for ten years during which she worked for Iranian women’s rights.

In 1975, she was asked to join the cabinet of the Iranian government and became Minister of Women’s Affairs. The post had not existed in Iran before; the only other person in the world to hold that position was Françoise Giroud of France. At the same time, her sister was a leader in the students’ movement, demonstrating for the overthrow of the Shah. During her time as Minister of Women’s Affairs, Iran’s legislation granted women equal rights to divorce, raised the minimum age of marriage for girls, support women’s employment with maternity leave and childcare provision, and built upon the family laws of 1967.

Afkhami was in New York negotiating with the United Nations to establish the International Research and Training Institute for the Advancement of Women (INSTRAW) in Iran when the Islamic Revolution broke out in Iran. She was charged in absentia with “Corruption on Earth and warring with God.” She never returned, and has lived in exile since.

In 1994, she published Women in Exile, a collection of portraits of activist women in political exile. She is serving or has served on a number of boards, including the Women’s Rights Division of Human Rights Watch, the International Museum of Women (since 2000), the Steering Committee of the World Movement for Democracy (1999-2010), the International League for Human Rights (2000-2006), the Global Fund for Women (1998-2007) and Gender At Work (2003-2008).

Afkhami is also co-chair of the Women Leaders Intercultural Forum and the Global Women’s Action Network for Children.

In 2001, she published Leading to Choices: A leadership training handbook for women to encourage women to be leaders in their families, communities, and countries. It has been translated into 20 languages. In 2010, she published Leading to Action: A political participation handbook for women. The manuals have been used in trainings around the world and reached thousands.

She has also publicly supported the Iranian One Million Signatures campaign to end discriminatory laws against women. Mahnaz Afkhami believes that the movement is the new phase within a century-long cause.

She resides in Maryland.