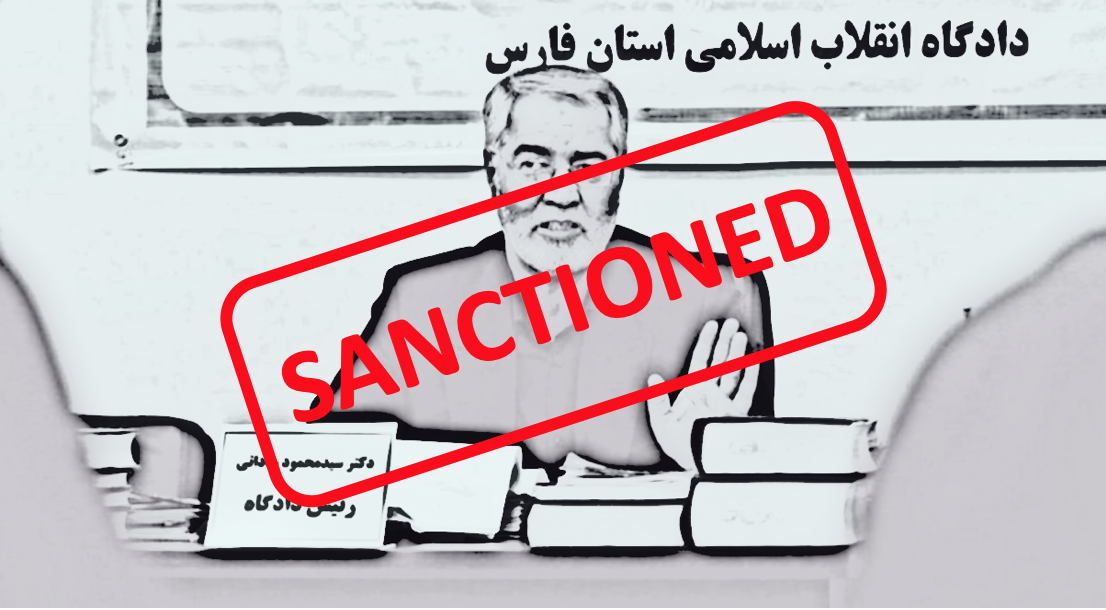 The Iranian regime must respect the human rights of the Iranian people. Despite its obligations and commitments, the regime continues to subvert its justice system to fuel fear and repression. The United States is committed to holding accountable those who are denying freedom and justice to the people of Iran, and today we are taking major new actions which support the Iranian people.

Today, the United States sanctioned several Iranian officials and entities for gross violations of human rights. Pursuant to Section 106 of the Countering America’s Adversaries Through Sanctions Act of 2017 (CAATSA), I determined that Judge Seyyed Mahmoud Sadati, Judge Mohammad Soltani, Branch 1 of the Revolutionary Court of Shiraz, and Adelabad, Orumiyeh, and Vakilabad Prisons were responsible for certain gross violations of human rights. This includes prior incidence of torture or cruel, inhuman or degrading treatment or punishment, arbitrary detentions, and denials of the right to liberty of those seeking only to practice their faith, peacefully assemble, or to express themselves.

These listings and sanctions come as Judge Sadati and Branch 1 of the Revolutionary Court were reported to be involved in the appalling case of Navid Afkari, a young athlete who was imprisoned and brutally executed on September 12, 2020, by Iranian authorities. Navid was 27-years old with a promising wrestling career ahead of him. He was arrested in 2018 after participating in protests. Accused of murder, he was later subjected to trials that were rushed and grossly unfair, one of which was reportedly overseen by Judge Sadati of Branch 1 of the Shiraz Revolutionary Court. Prior to his execution, which was done in secret, Navid reported being tortured by Iranian officials at Adelabad Prison. His confession, which he later stated was provided under duress, was aired on Iran’s state television.

The United States joins with nations around the world in mourning Navid’s execution and condemning the Iranian regime. His killing was an unconscionable act. The United States calls upon all nations to promote accountability for this regime by imposing sanctions like the ones announced today. Navid had previously competed in Iran’s National Wrestling Championship and he had so much more to accomplish in life. Too often, the Iranian regime targets, arrests, and kills the brightest and most promising Iranians, thereby depriving Iran of its greatest asset – the skill and talent of its own people. Navid’s death must not be in vain: peace-loving nations should condemn his execution and Iran’s egregious human rights violations, and reaffirm respect for the freedom, dignity, and equality of every person.

The United States also sanctioned Judge Mohammad Soltani of Iran’s Revolutionary Court system as well as Vakilabad Prison in Mashhad, Iran and Orumiyeh Prison in Orumiyeh City, Iran. Judge Soltani is responsible for sentencing Baha’is in Iran on dubious charges related to their exercise of freedom of expression or belief. Vakilabad Prison, which is where the wrongfully detained U.S. citizen Michael White was held, has also arbitrarily detained trade union activist and teacher Mohammad Hossein Sepehri for simply exercising his human rights. Orumiyeh Prison has subjected members of ethnic and religious minority groups and political prisoners to abuse, including beatings and floggings.

The actions taken today by the United States expose Iran’s Revolutionary courts and their judges for what they really are: tools designed to enforce the Iranian regime’s brutal ideology and suppress dissent. They do not fairly administer justice, but rather seek to deprive the Iranian people of due process as well as their human rights and fundamental freedoms. This same system of injustice wrongfully detains three Americans: Baquer and Siamak Namazi, and Morad Tahbaz. We will continue to make every effort to bring them home. The United States will continue to stand with the Iranian people and demand the regime treat them with the respect and dignity they deserve.