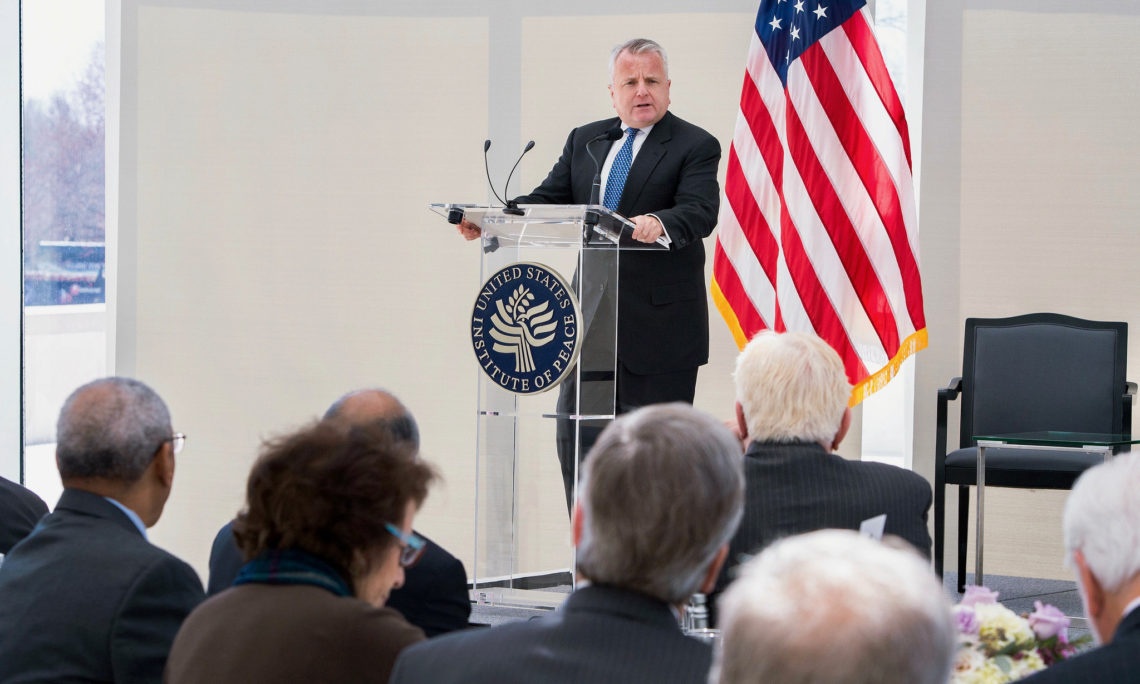 As is the case during such transitions, State Department employees will continue to carry on with the Department’s work in support of the Administration’s priorities and U.S. foreign policy objectives, and ensure a smooth transition to a new secretary.

“What we do at the State Department is bigger than any one individual,” said spokesperson Heather Nauert. “We advance the values, the policy priorities of the president. … Our people are hard at work.”

Sullivan, who was appointed Deputy Secretary of State by President Trump and sworn into that position in May 2017, took over the day-to-day management of the Department in mid-March and as of April 1 officially became Acting Secretary.

On Rex Tillerson’s final day at the department, Sullivan delivered remarks of admiration for the Secretary: “His work for our country, leading the Department, his voice for peace, for humanitarian assistance has been an inspiration for me. And I was honored — have been honored — to work for him.”

In a message on April 2, he thanked Department staff: “Our top priority is to ensure a smooth and successful handoff to a new secretary. I want to thank all of you … for your continued dedication to achieving our mission and serving the American people. I am thankful for the extraordinary efforts you have demonstrated over the past few weeks in supporting Secretary-Designate Pompeo’s preparation for confirmation.”

In his May 9, 2017, statement to the Senate Foreign Relations Committee, Sullivan recalled, “My uncle Bill Sullivan was a Foreign Service officer for 32 years. He was the last U.S. ambassador to Iran in the late 1970s. It was his staff in Tehran that was taken hostage on November 4, 1979 — a few months after the president had recalled him.”

As Deputy Secretary of State, Sullivan has already traveled extensively — including to Asia, Africa, the Middle East and Europe — and worked with world leaders to further the U.S. commitments to global security, sustained economic growth and human rights around the world.

Sullivan has been married to his wife, Grace Rodriguez, who is Cuban-American and also a lawyer, for almost 30 years. They have three children.

For statements, remarks and photos of Acting Secretary Sullivan during his time at the State Department, please click here.