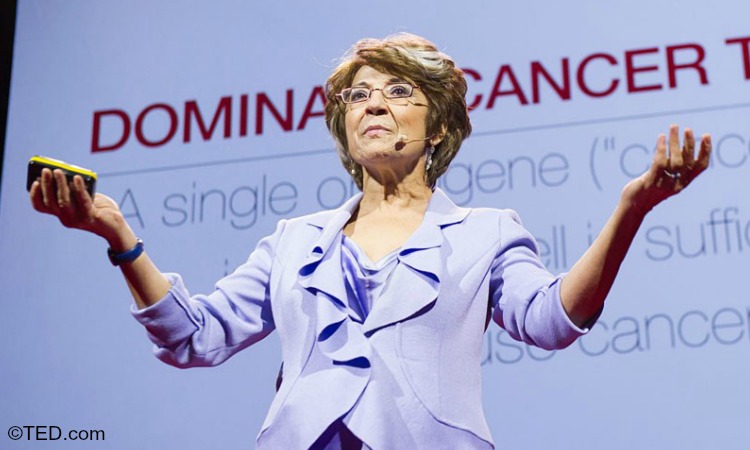 Mina J. Bissell, Ph.D., is an Iranian American biologist and a world-recognized leader in the area of the role of extracellular matrix (ECM) and microenvironment in regulation of tissue-specific function, with special emphasis on breast cancer.

She was born in Tehran, Iran and brought up in a well-educated and well-to-do family. By the time she graduated from high school, Bissell was the top graduate in her year in Iran. A family friend, through the American Friends of Iran, encouraged Bissell to come to the United States. She enrolled at Bryn Mawr, then transferred to Radcliffe_College where she earned a bachelor’s degree in chemistry. She obtained a PhD in bacteriology from Harvard Medical School and was awarded an American Cancer Society postdoctoral fellowship at the University of California, Berkeley.

She is the former head of life sciences at Lawrence Berkeley Laboratory. Her work started over 30 years ago on the effect of tissue architecture and the role of the cellular microenvironment on cancer still has become increasingly influential in the field of cancer biology and cancer therapeutics. She is credited with the radical but increasingly accepted notion that phenotype can dominate over genotype in normal development and disease.

In June 2012 she presented at the TED conference and on Cancer Day 2013 her talk was the first in TED’s 10 talks to help you better understand cancer feature.