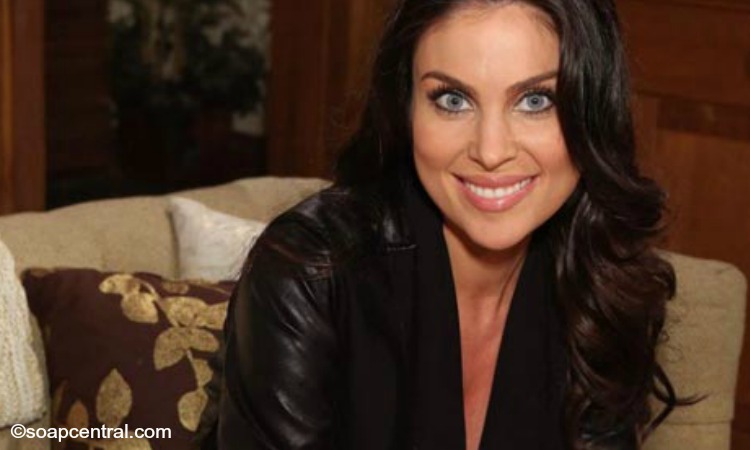 Nadia Alexandra Bjorlin was born in August 2, 1980 in Newport, Rhode Island and is an Iranian-American actress, singer, musician and model. Her parents are the Swedish composer and conductor Mats Ulf Stefan Björlin and Fary Dadashi, an Interior Designer from Iran.

Björlin is fluent in English, Swedish, and Persian and is also schooled in the French, Italian, and Russian.

She attended the Interlochen Center for the Arts and the Boston University Tanglewood Institute, where she was honored for her excellence in theatre, voice, music and dance. Bjorlin was also able to attend the Professional Children’s School in New York, where she studied alongside other famous actors and actresses. In May 1999, Bjorlin won first place in the Metro Lyric Opera Competition, taking place in NYC. When she graduated from high school, she decided to shift her focus from singing to acting.

Her first major role was as Chloe Lane on the well-known soap opera Days of our Lives. She played this role for a long time and reappeared on the show multiple times. In late 1999, she appeared on one of Ricky Martin’s hit music videos, Shake Your Bon-Bon.

Björlin left Days of our lives in June 2003 to concentrate on her singing career but returned later in December 2003. In September 2005, Bjorlin left Days of our Lives again. Since then Björlin has appeared in the independent feature film “If I Had Known I Was a Genius”. The film was screened at the 2007 Sundance Film Festival.

Bjorlin was also cast as the female lead of the Chicago Pictures’ feature film, Redline. The film was released in theaters on April 13, 2007.

Since 2009, Bjorlin has starred at The Series (a web series), NCIS and Two and a Half Men.

In 2011, Bjorlin was one of the stars of the reality television series Dirty Soap  which gave viewers a behind-the-scenes view of Nadia’s departure from Days, and afterward, including a bit of insight into the tenuous relationship between Nadia’s live-in boyfriend and her mother who doesn’t like him because she believes that he doesn’t treat her well enough.

Bjorlin’s father Ulf Bjorlin passed away in 1993 at age 60 due to Leukemia. Since then, Bjorlin has been involved in several charities and fundraisers to help raise awareness and money for research on this type of cancer.

Apart from singing and acting, Bjorlin is also a talented musician and plays the flute, harp, guitar, and piano.