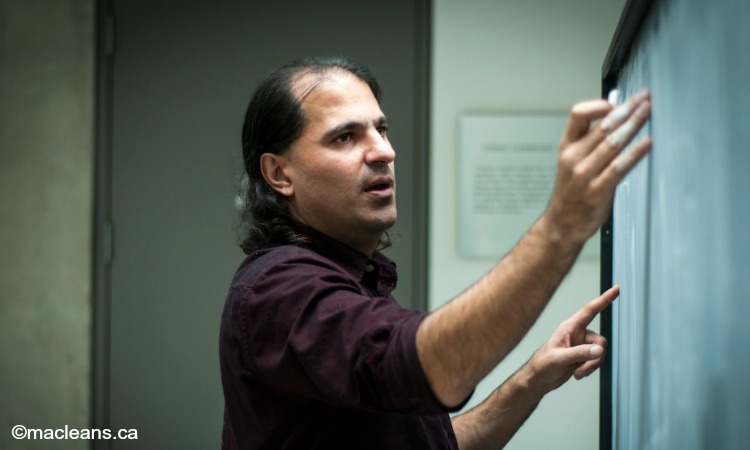 Nima Arkani-Hamed was born in April 5th 1972 and is an Iranian-American theoretical physicist with interests in high-energy physics. Arkani-Hamed is now on the faculty at the Institute for Advanced Study in Princeton, New Jersey. He was formerly a professor at Harvard University and the University of California, Berkeley.

Arkani-Hamed’s parents are both Iranian physicists. His father was chairman of the physics department at Sharif University of Technology in Tehran.

Arkani-Hamed graduated from the University of Toronto with a Joint Honors degree in Mathematics and Physics in 1993, and went to the University of California, Berkeley, for his graduate studies. The majority of his graduate work was on studies of supersymmetry and flavor physics. His Ph.D. dissertation was entitled “Supersymmetry and hierarchies”. He completed his Ph.D. in 1997 and went to SLAC at Stanford University for post-doctoral studies.

In 1999 he joined the faculty of the University of California, Berkeley physics department. He took a leave of absence from Berkeley to visit Harvard University beginning January 2001. Shortly after arriving at Harvard he worked with Howard Georgi and Andrew Cohen on several ideas. These ideas eventually led to the development of Little Higgs theories.

He officially joined Harvard’s faculty in the fall of 2002. Arkani-Hamed has appeared on various television programs and newspapers talking about space, time and dimensions and the current state of theoretical physics. In 2003 he won the Gribov Medal of the European Physical Society, and in the summer of 2005 while at Harvard he won the ‘Phi Beta Kappa’ award for teaching excellence. In 2008 Arkani-Hamed won the Raymond and Beverly Sackler Prize given at Tel Aviv University to young scientists who have made outstanding and fundamental contributions in Physical Science. He was elected a Fellow of the American Academy of Arts and Sciences in 2009.

Since 2008 he had been a Faculty member of the Institute for Advanced Study at Princeton.