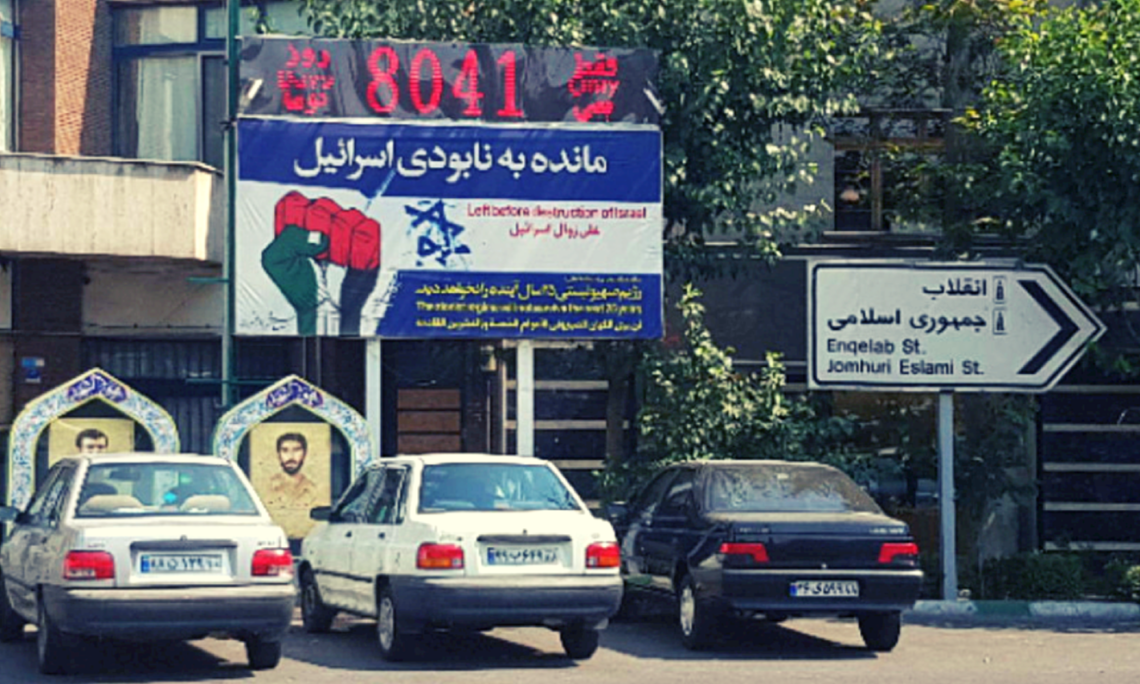 Even as the pandemic has taken a major hit on Iran, Tehran refuses to let up on its virulent hatred of Jews and targeting of Israel. Which is why the Trump administration’s pushback remains as vital as ever. When the Islamic Revolution swept Iran 41 years ago, an ideology driven by rabid anti-Semitism erased a culture of tolerance, even affection, toward Jews. The Shah’s kingdom had rescued Jews during the Holocaust and helped Jewish families escape persecution in Iraq.

Today, the Islamic Republic is the world’s chief state sponsor of anti-Semitism; Jew-hatred is core to its ideology. It was only a few months after Ayatollah Khomeini came to power in 1979 that the Islamist authorities executed the president of Iran’s Jewish community on charges of being a “Zionist” and “economic imperialist,” the first of several Iranian Jews killed. The regime also formed within its Islamic Revolutionary Guard Corps an elite special-operations unit called the Jerusalem Force, or Qods Force, commanded (until recently) by General Qassem Soleimani, and dedicated to the “liberation” of Jerusalem from the Jews. In the 1980s, the Qods Force midwifed the birth of Hezbollah, one of the deadliest and most anti-Semitic terrorist groups on Earth.

In the 1990s, Iran and its terrorist proxies carried out multiple suicide bombings of Jewish targets in Argentina and Bulgaria, murdering 120 people and injuring hundreds more. Iran’s drumbeat of anti-Semitic hatred continues to the present. Official government media sources publish anti-Semitic diatribes, including “The Protocols of the Elders of Zion.” Holocaust denial is a staple of the regime’s pronouncements, including by Supreme Leader Ali Khamenei himself, who has spoken of the “myth of the massacre of Jews known as the Holocaust.”

Genocidal chants of “death to Israel” are heard at government-organized rallies, and officials speak of the need to “wipe Israel off the face of the Earth.” Some in the West discount this talk as hyperbole. If so, why does the regime print ‘Israel must be wiped out’ in Hebrew and Farsi on some of its long-range missiles? Most recently, Supreme Leader Khamenei described Israel as a “cancerous tumor” and published an image calling for “the final solution” against the Jews. Even the coronavirus pandemic in Iran has become a tool of the regime’s anti-Semitism. Leaders and official news networks have claimed that “Zionists” are responsible for the contagion. But it wasn’t the Zionists who allowed Iran’s Mahan Air to fly to four cities in China from January through March and then lied about it. It was the regime.

The mullahs also brainwash children to hate Jews. In one third-grade textbook, an illustration shows children with sticks chasing away a dirty, germ-like invader. The invader has the Star of David branded on its arm. The Trump administration has been standing up firmly to all this ugliness. We expose the regime’s anti-Semitism whenever we see it. Secretary of State Mike Pompeo, designated Iran under the International Religious Freedom Act of 1998 for severe violations of religious freedom. We sanctioned Iranian cleric Ahmad Jannati, the Secretary of the Guardian Council, who called non-Muslims “sinful animals” and urged that Israel’s foreign minister be shot.

We sanctioned the IRGC and its Qods Force as a Foreign Terrorist Organization and have rallied nations to sanction or ban Hezbollah in its entirety. We’re further isolating Iran by brokering peace between Israel and the UAE.  The administration will not allow the UN arms embargo on Iran to expire in October. We’ll soon exercise our right to “snapback” all UN sanctions on Iran, including the arms embargo. And President Trump has vowed never to allow the world’s chief state sponsor of terrorism and anti-Semitism to possess nuclear weapons.

Unlike the prior administration, we supported every single action taken by Israel to defend itself from attacks by Iran and its proxies. Israel knows our campaign of maximum economic pressure has put the mullahs in a financial crisis. Meanwhile, the regime faces a crisis of legitimacy with its people, who want to be at peace with Israel and believe in the philo-Semitism shown by Cyrus the Great.

Rest assured: The United States will continue to employ every appropriate tool of national power against the Iranian regime and its anti-Semitism.