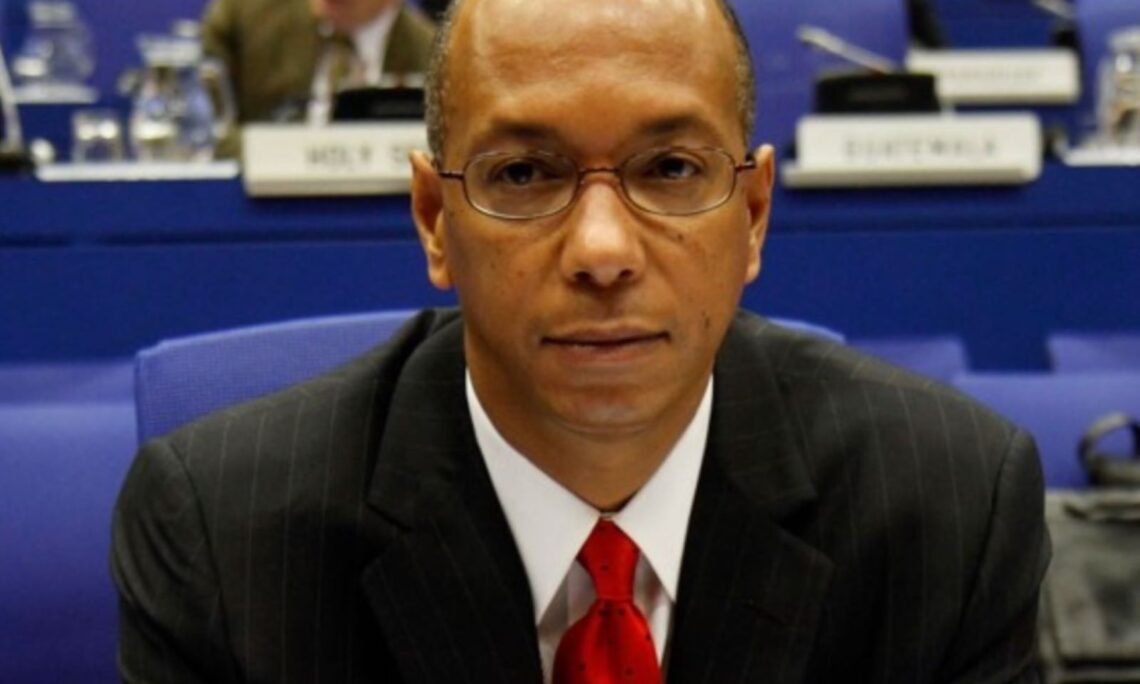 Thank you, Madam President. Thank you, Under Secretary-General DiCarlo, for your briefing, as well as Ambassadors Fergal Mythen and Silvio Gonzato for your remarks.

Seven and a half years ago, this Council unanimously adopted Resolution 2231 as part of the diplomacy that produced the JCPOA. All Council members recognized the importance of retaining in place certain critical restrictions, including prohibitions on the transfer of certain nuclear and ballistic missile-related technology from Iran.

We are meeting at a time when Iran is taking increasingly provocative steps to enhance its nuclear program’s capacity. The concerns of the international community are rising. The United States is fully committed to resolving these concerns through diplomacy. For months, we have been engaged in serious negotiations aimed at a mutual return to full implementation of the JCPOA.

Yet Iran’s own actions and stances have been responsible for preventing that outcome. In September, a deal was within reach – one to which all other participants in the negotiations had agreed. Even Iran appeared prepared to say yes, until at the last minute, Iran made new demands that were extraneous to the JCPOA and that it knew could not be met. This was not the first time Iran’s leaders had turned their backs on a deal that was on the table, approved by all. But this last instance dashed our collective hope for a swift, mutual return to full implementation of the JCPOA.

We have made clear that the door for diplomacy remains open. Unfortunately, Iran’s actions suggest this goal is not their priority. Iran’s conduct since September – notably its repeated and longstanding failure to cooperate with the IAEA and the expansion of its nuclear program for no legitimate civilian purpose – reinforce our skepticism about Iran’s willingness and capability of reaching a deal and explains why there have been no active negotiations since then.

Given this context, the full and complete implementation of Resolution 2231 remains a priority. Yet we see a disturbing trend of this Council turning a blind eye to open violations of its provisions. Tolerating these violations undermines the authority of this Council – and gravely harms our ability to respond credibly to threats around the world.

We are grateful to the UN for its analysis and investigation into significant quantities of arms and ammunition being sent from ports in Iran to the Houthis in Yemen. Many of these – including anti-material rifles, RPG launchers, and anti-tank guided missiles – have been determined to be likely of Iranian origin. These shipments undermine international efforts to support a durable resolution to the conflict in Yemen and are a threat to regional security – issues we should all be taking seriously.

A few months ago, evidence arose of even more grave violations of Resolution 2231 – violations committed by a permanent member of this Council. Ukraine reported evidence of Iranian-origin drones being used by Russia to attack civilian infrastructure. This report has been supported by ample evidence from multiple public sources. Tehran has acknowledged transferring UAVs to Russia, including in public statements on November 5 by Iran’s foreign minister.

Let me state it clearly: Resolution 2231, Annex B, Paragraph 4, prohibits all countries – even permanent members of the UN Security Council – from transferring these types of drones from Iran without advance Security Council approval.

Russia’s open violation of Resolution 2231 would be of serious concern under any circumstances. But we’re exceptionally alarmed that Russia is using these drones to attack Ukraine’s civilian infrastructure. What could be crueler than seeking to turn out the lights, cut off the heat, and shut down the water for millions of Ukrainian families?

Russia first started using Iranian drones toward the end of last summer. Ukraine duly reported the violation to the United Nations. Other countries, including the United States, have since supplied the UN with additional information and analysis regarding this violation.

We regret that the UN has not moved to carry out a normal investigation of this reported violation. For seven years, the UN’s mandate to report on implementation of Resolution 2231 has been clear and unquestioned.

We are disappointed that the Secretariat, apparently yielding to Russian threats, has not carried out the investigatory mandate this Council has given it. We were also discouraged by the lack of coverage of these violations in the Facilitator’s Report on the Implementation of Resolution 2231.

Now, months after that initial report, we learned last week that Russia has resumed using Iranian drones procured in violation of Resolution 2231. On December 14, Russia launched a swarm of Iranian-made drones against Kyiv. In light of these new developments, we renew our call on the UN Secretariat to document and analyze information related to this violation.

Given Iran’s increasing integration into Russia’s defense sector, we fear additional violations in the future. Russia may even be tempted to further violate Resolution 2231 by importing complete ballistic missiles from Iran.

This is not acceptable. There must be some degree of accountability for openly violating resolutions of this Council.