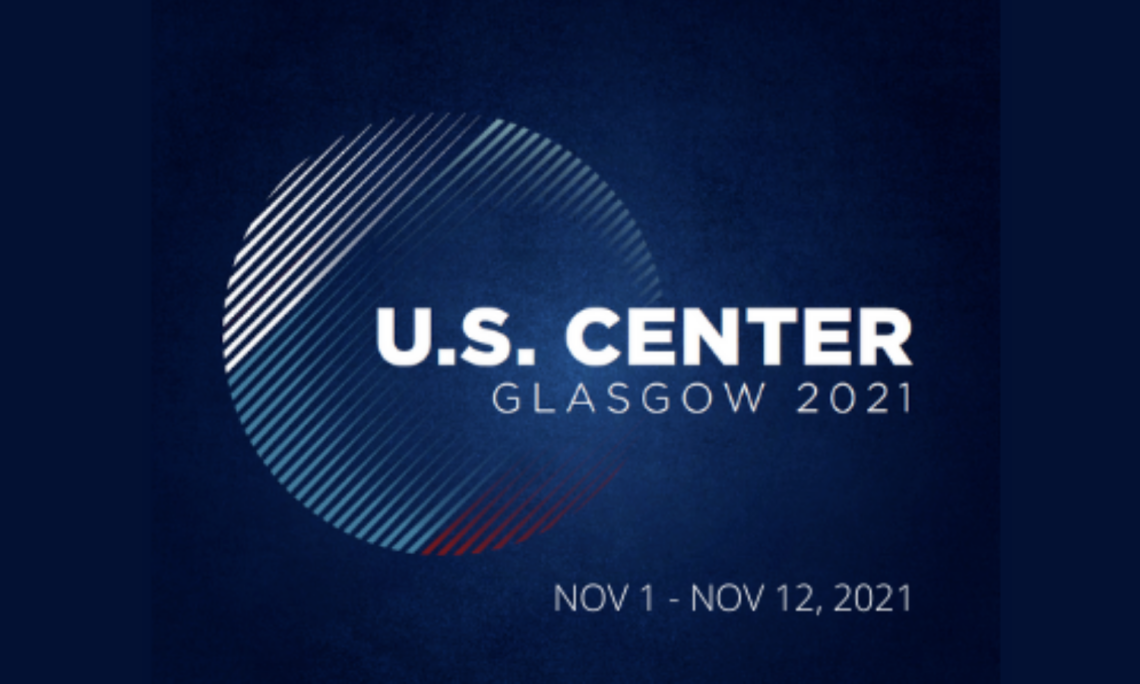 SECRETARY BLINKEN: Good afternoon. It is a great pleasure to join all of you for what is the official launch of the U.S. Center here at COP26. And I just want to thank everyone across the U.S. Government who made all of this happen.

Over the next two weeks, we will be hosting dozens of conversations, bringing together hundreds of people here in Glasgow, and thousands more online to step up our response to the climate crisis.

As you saw from that video, tackling the climate crisis isn’t the responsibility of any single agency or department in the U.S. Government because climate change doesn’t only threaten our economy, our infrastructure, or our national security; it’s a threat to all of them and more.

In the past week, we have received two very powerful reminders of that fact. The first was a comprehensive report from the U.S. Director of National Intelligence. It laid out the evidence of how climate change is driving regional instability and straining nearly every aspect of human life, from food and water insecurity to migration patterns. I can attest from my own conversations with colleagues around the world that these are increasingly daily struggles that they are dealing with in their countries. And in our country, we also see the effects of climate change including droughts in some places, floods in others, more intense storms, longer and more damaging wildlife seasons – wildfire seasons, excuse me.

The second recent reminder was the United Nations annual Emissions Gap Report which discussed the mounting effects of climate change on the most vulnerable people and communities around the world. We have a microphone issue? It made clear the imperative that we have before us to strengthen both our ambition and our action in this decisive decade if we want to limit global warming to 1.5 degrees Celsius and prevent a climate catastrophe.

For years, Americans from all walks of life – governors, mayors, activists, business leaders – have been doing the difficult daily work of reducing these emissions and building resilience in close coordination with friends around the world. Then within hours of taking office on January 20th, President Biden rejoined

the Paris Agreement. Soon after that, he convened 40 world leaders, including the world’s 17 largest greenhouse gas emitters, for the Leaders Summit on Climate. There, he announced a bold new commitment from the United States: a 50 to 52 percent reduction in emissions by 2030. That target puts us on course to reach net zero by 2050.

And Special Presidential Envoy for Climate John Kerry will talk more about how here in Glasgow we will lay out our path to get to that goal.

President Biden also told his team to integrate climate action into everything we do across the U.S. Government not just in our domestic policy, which National Climate Advisor Gina McCarthy will speak to shortly, but also in our foreign policy, in our national security. This process is well underway at the State Department thanks in large part to the leadership of John Kerry and his outstanding team. We’ve created new Foreign Service positions dedicated full-time to climate issues, one in every regional bureau and in critical posts overseas, including India and Brazil. And we’re seeking funding to educate and train officers around the world on climate diplomacy.

Here at COP26, that climate diplomacy will continue. Special Envoy Kerry will lay out in greater detail what we hope to accomplish here, but for now, let me just say that we’re working with our allies and making tremendous progress. In just the past few months, we’ve mobilized the strongest and most concrete commitments ever put forward by countries to combat the climate crisis. We substantially narrowed the ambition gap. More countries are setting bolder goals, and they’re closer to where we need them to be. But we still have work to do.

Too many countries still have not stepped up, and we shouldn’t leave Glasgow without acknowledging that fact and without making clear our intention to strengthen climate ambition and climate action substantially in the months and years ahead. This is a decisive decade. We’ve got to make it count.

Of course, this is not an issue that we can solve through national government action alone. We need civil society to continue leading the way, providing expertise, educating the public, building coalitions that hold policymakers like us to account. We need state and local governments to continue to develop and implement creative initiatives on the ground. And we need companies to make the investments that will get us to net zero emissions. That’s the smart thing for business to do and the right thing. The green economy is the future, and companies that make the right investments now will reap the rewards for years to come.

Over the next couple of weeks, the U.S. Center will bring together leaders from across these sectors – government, business, civil society – to join forces on climate action. We’ll address topics like the partnerships we’re building to strengthen the resilience of vulnerable communities; the initiatives we’ve launched to protect tropical forests; the efforts that we’re making to make sure the transition to the clean energy future is rooted in equity so it’s not just the wealthy who benefit.

Many of you here today have emphasized in your activism and leadership that climate action is not about sacrifice. It’s about opportunity. It’s about innovation. It’s about prosperity. It’s about justice. And it’s about building a future that we can all be proud of and the future that our children and grandchildren deserve. So I’m very honored to be in this fight with all of you, to work together to build on our progress here in Scotland in the months and years ahead.

And now it’s a particular privilege and pleasure to introduce someone who had dedicated years to the climate fight and who has done so much to elevate this issue around the world. At this critical moment, President Biden trusted him to rally the world around this cause, and we’re all better off because he stepped up to take on this responsibility. Ladies and gentlemen, John Kerry. (Applause.)