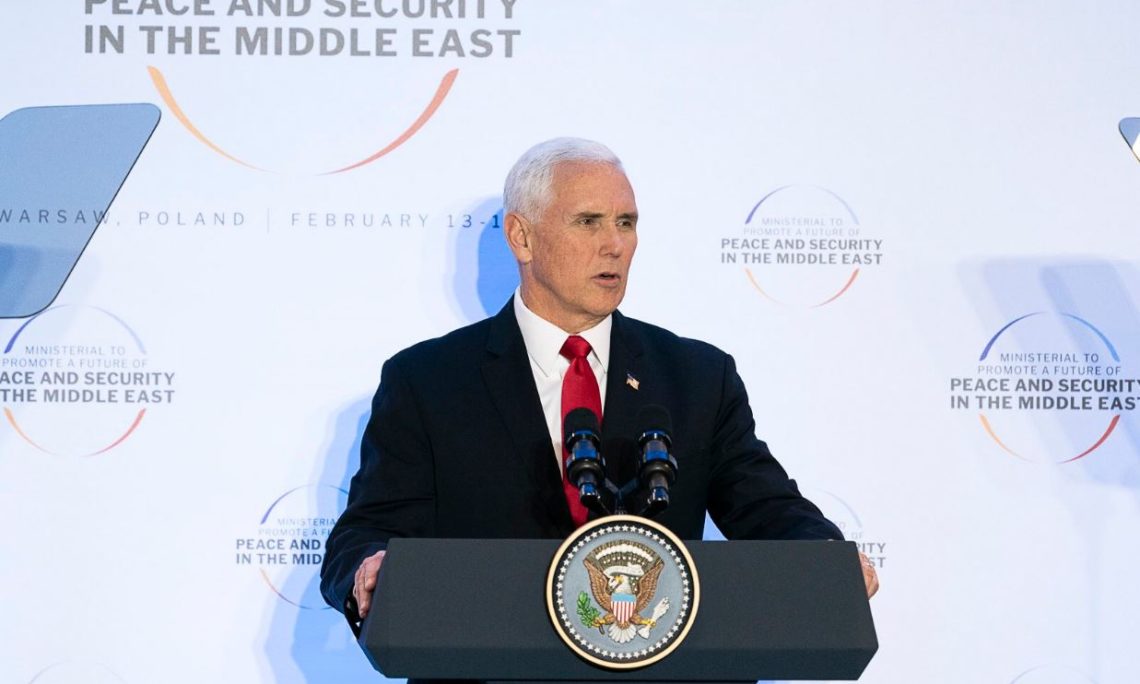 Since day one of our administration, President Trump promised to stand with the good people of Iran and stand up to their oppressors – and that’s just what we have done. And President Trump kept his word when he withdrew the United States of America from the disastrous Iran nuclear deal.

The so-called Joint Comprehensive Plan of Action did not prevent Iran from obtaining a nuclear weapon. It merely delayed the day when that vile regime would gain access to the world’s deadliest weapons.

And remarkably, the universal view of those who spoke last night at this conference was that Iran has actually become more aggressive since the JCPOA was signed, not less.

The United States re-imposed sanctions that should never have been lifted in the first place and launched a new campaign to prevent the regime from financing its trademark terror and destruction around the world.

And since then, the UAE has canceled its imports of Iranian condensate. Bahrain is exposing the Iran Revolutionary Guard Corps proxies active in its country, and is working to stop Iran’s illicit maritime activities in the region. And countries across the globe are working toward cutting Iranian oil imports to zero.

But sadly, some of our leading European partners have not been nearly as cooperative – in fact, they have led the effort to create mechanisms to break up our sanctions.

They call this scheme a “Special Purpose Vehicle.” We call it an effort to break American sanctions against Iran’s murderous revolutionary regime. It is an ill-advised step that will only strengthen Iran, weaken the EU and create still more distance between Europe and the United States.

Some argue that Iran is in technical compliance with the narrow terms of the deal. But compliance is not the issue; the deal is the issue.

Today, America’s economic sanctions on Iran are the toughest in history and will get tougher still unless and until Iran changes its dangerous and destabilizing behavior. As President Trump said, “There has been enough suffering, death, and destruction. Let it end now.”

We must not let this opportunity slip from our hands. In June 2009, after the Iranian regime stole an election to maintain its grip on power, the previous administration refused to raise its voice when the Iranian people took to the streets in what came to be known as the Green Movement. It wasn’t until the Congress acted that the United States declared its support for the Iranian people.

As a member of Congress, it was my privilege to introduce a bipartisan resolution that passed overwhelmingly to show the support of the American people. Only then did the administration follow. But soon, the ayatollahs and their henchmen used the cover of the world’s timidity to murder, imprison, and terrify freedom-loving Iranians.

The world missed an opportunity last time to confront the regime, but not this time. This time, all of us must stand strong. As Iran’s economy continues to plummet, as the people of Iran take to the streets, freedom-loving nations must stand together to hold the Iranian regime accountable for the evil and violence it is inflicting on its people, on the region and the wider world.