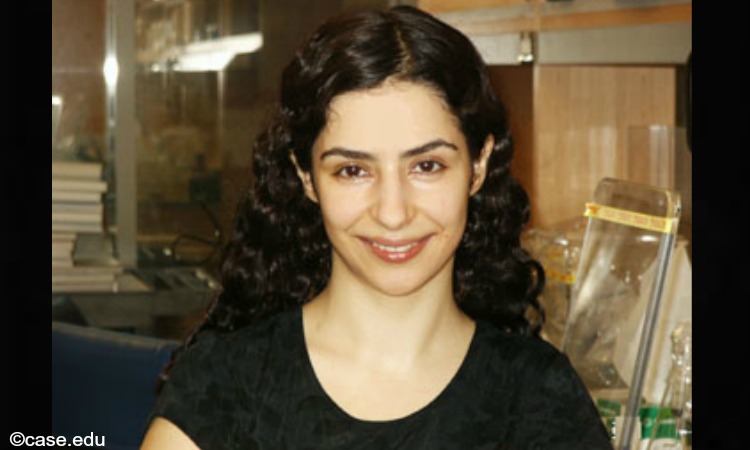 Dr. Saba Valadkhan  is an Iranian American biomedical scientist, and an Assistant Professor and RNA researcher at Case Western Reserve University. Saba Valadkhan was born in Tehran in 1974 to bright parents who had a great influence on her. She was qualified as a medical doctor in Iran, before moving to the United States to pursue post-graduate study at Columbia University in New York.

In 2005, she was awarded the GE / Science Young Scientist Award for her breakthrough in understanding the mechanism of spliceosomes – “akin to finding the Holy Grail of the splicing catalysis field” – a critical area of research, given that “20 percent or 30 percent of all human genetic diseases are caused by mistakes that the spliceosome makes” .

As a result of this success, Valadkhan received many invitations by universities to take up a research post. In 2004 she joined the Center for RNA Molecular Biology, one of the top research centers of its kind located at Case Western Reserve University. She is currently a biomedical scientist and assistant professor and RNA researcher there.

When asked what the secret to her success is, Valadkhan modestly responds: “Working hard, and a carefully cherished skewed thinking! I follow a strange logic that logic itself is unaware of; it results in some very silly moments, but it works! On a more serious note, I am very optimistic, and so I go after crazy ideas with a huge, unwarranted self-confidence, and it sometimes works, and that is enough.”