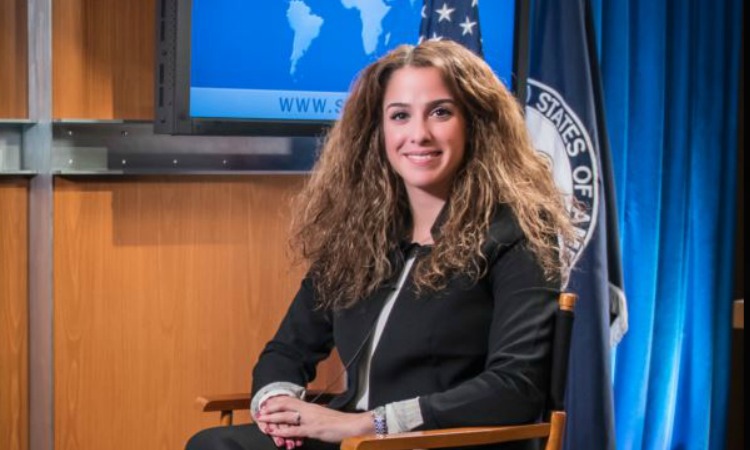 Sahar Nowrouzzadeh is an Iranian-American foreign policy expert and was born in Connecticut in 1982 to Iranian parents. Her parents immigrated to the United States from Iran nearly 50 years ago when her father began his residency as an OB/GYN. Sahar currently serves as a Director for Iran on the National Security Council (NSC) at the White House.

Sahar Nowrouzzadeh received her Bachelor’s Degree in International Affairs with a double concentration in International Economics and Middle East Studies from the Elliott School of International Affairs at the George Washington University. She completed her Master’s Degree in Persian Studies at the University of Maryland-College Park. Since completing her undergraduate education in 2005, Sahar has worked for the United States government in various capacities in support of a variety of U.S. national security priorities. Sahar began her career at the U.S. Department of Defense, where she served as a Foreign Affairs Analyst. After several years of dedicated service, she became a Senior Foreign Affairs Analyst, and was later promoted to be a Team Chief. Following her tenure at the U.S. Department of Defense, Sahar joined the U.S. Department of State as a Foreign Affairs Officer and was subsequently detailed to the White House in 2014. As a Director for Iran at the NSC, Sahar was part of President Obama’s team responsible for supporting the P5+1 nuclear negotiations with Iran.

During her career, Sahar has received numerous awards from various U.S. government agencies, including the Office of the Director of National Intelligence, the Federal Bureau of Investigation, the National Counter-Proliferation Center, the U.S. Department of Defense, and the U.S. Department of State. She was also awarded the Secretary of Defense Medal for the Global War on Terrorism.