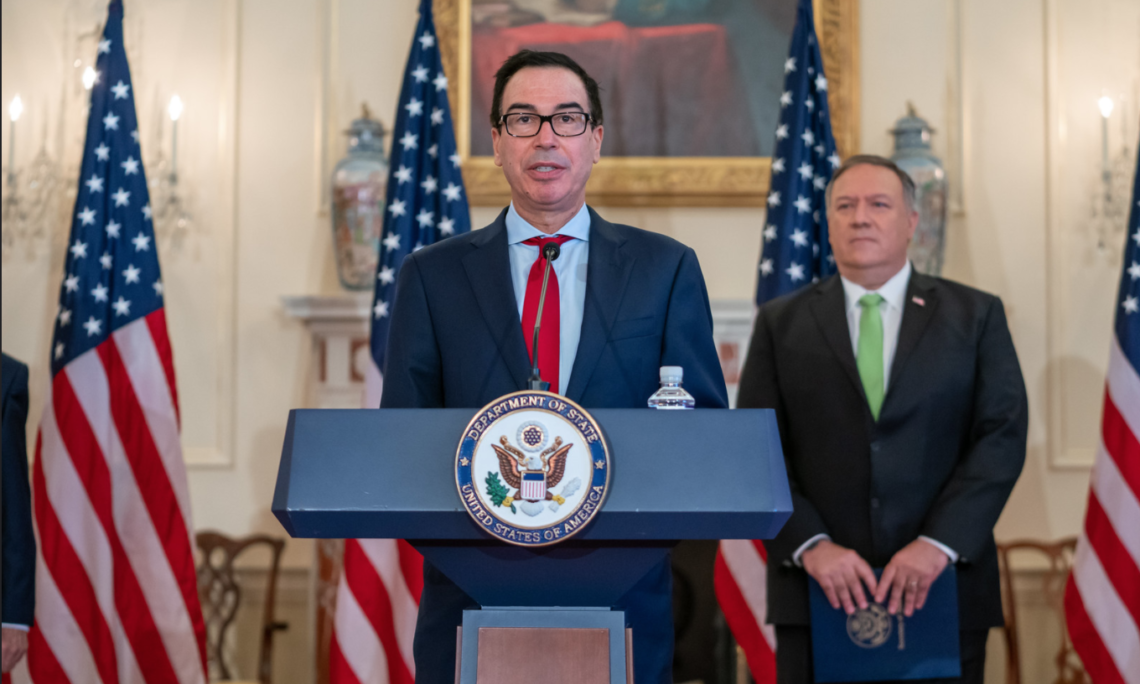 Today, the United States is identifying the Iranian financial sector as subject to the terms of Executive Order (E.O.) 13902 and sanctioning 18 major Iranian banks, further depriving the Islamic Republic of Iran of funds to carry out its support for terrorist activities and nuclear extortion that threatens the world. These sanctions will take effect following a 45-day wind down period. This action includes imposing sanctions on 17 Iranian banks pursuant to E.O. 13902 for operating in Iran’s financial sector, or for being owned or controlled by sanctioned Iranian banks, and the designation of an additional Iranian military-affiliated bank pursuant to E.O. 13382, a counter-proliferation authority. Our maximum economic pressure campaign will continue until Iran is willing to conclude a comprehensive negotiation that addresses the regime’s malign behavior.

In March, while COVID-19 was spreading through Iran, regime officials asked Supreme Leader Khamenei to urgently release funds to respond to the outbreak. Despite Khamenei’s assurances to do so, Iran’s Health Minister revealed last week that the Health Ministry had received only a small fraction of those funds. The Health Minister asked “What are they using it for that could be more important?” We know the answer. In 2018 and 2019, Khamenei raided $4 billion from the Iranian National Development Fund for military expenses. And while the Health Ministry was pleading for resources to protect the Iranian people from the outbreak, Khamenei instead increased funding for the Islamic Revolutionary Guard Corps, a designated Foreign Terrorist Organization, by a third, and doubled the funding for the regime’s Basij forces that terrorize the Iranian people every single day.

Our sanctions are directed at the regime and its corrupt officials that have used the wealth of the Iranian people to fuel a radical, revolutionary cause that has brought untold suffering across the Middle East and beyond. The United States continues to stand with the Iranian people, the longest-suffering victims of the regime’s predations. Today’s actions pursuant to E.O. 13902 do not affect existing authorizations and exceptions for humanitarian exports to Iran, which remain in full force and effect. This action also does not affect activities authorized by the Iran Transactions and Sanctions Regulations (ITSR). For additional information, please see the Department of the Treasury and OFAC websites. We are committed to continuing the Iranian people’s access to humanitarian goods and other essential goods and services, and we reaffirm the United States’ offer to assist Iran in its response efforts to the COVID-19 outbreak.