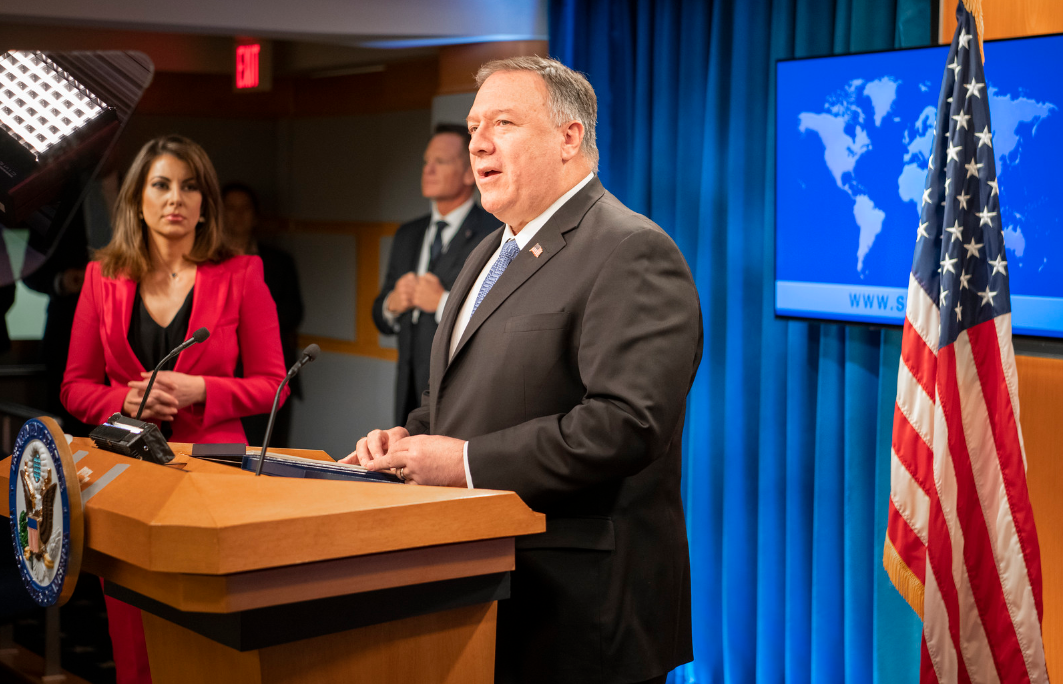 Iran is party to the Nuclear Non-Proliferation Treaty.  Iran’s safeguard agreements under that treaty require it to declare nuclear material to the IAEA and provide the IAEA inspectors with full access to verify those sites and those materials.

Iran’s intentional failure to declare such nuclear material, as reported by the IAEA this week, would constitute a clear violation of its safeguards agreements required by the NPT.

The regime must immediately cooperate with the IAEA and fully comply with its IAEA safeguards obligations.  All nations must hold Iran accountable to its commitments.  Otherwise, the NPT isn’t worth the paper that it’s written on.

The IAEA’s latest reports are all the more troubling, because Iran continues to lie about its past nuclear weapons program, just as it has lied about downing a civilian airliner and its suppression of the extent of its coronavirus outbreak.

Given Iran’s prior covert nuclear weapons program and ignominious record of duplicity, any undeclared nuclear material or activities in Iran is an extremely serious matter.

The United States remains committed to denying Iran any pathway to a nuclear weapon.  In light of Iran’s past nuclear weapons program, it is imperative that Iran verifiably demonstrate that it’s permanently abandoned all of its previous work.

Iran’s current expansion of its uranium enrichment program would have been permitted by the nuclear deal in 2031.  Here again we see the shortsighted nature of that deal.

And one final note on the Islamic Republic of Iran – we’re heartbroken by the reports from Amnesty International that regime security forces killed at least 23 children in the course of the November protests.  The Iranian regime is truly an outlaw regime.