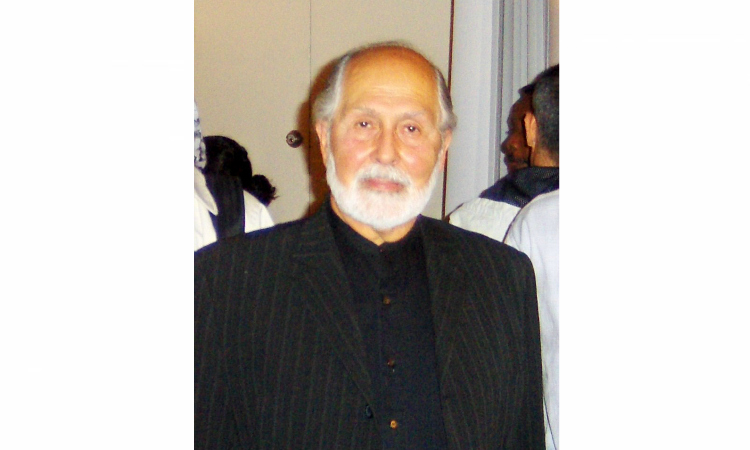 Seyyed Hossein Nasr was born on April 7, 1933 and is an Iranian-American University Professor of Islamic studies at George Washington University, and a prominent Islamic philosopher. He is the author of many scholarly books and articles. Nasr is a Muslim Persian philosopher and renowned scholar of comparative religion, and writes in the fields of Islamic esoterism, Sufism, philosophy of science, and metaphysics.

Nasr was the first Muslim to deliver the prestigious Gifford Lectures, and in year 2000, a volume was devoted to him in the Library of Living Philosophers.

Professor Nasr speaks and writes based on the doctrine and the viewpoints of the perennial philosophy on subjects such as philosophy, religion, spirituality, music, art, architecture, science, literature, civilizational dialogues, and the natural environment. He also wrote two books of poetry (namely Poems of the Way and The Pilgrimage of Life and the Wisdom of Rumi), and has been even described as a ‘polymath’.

Nasr was born in south-central Tehran to Seyyed Valiallah, who was physician to the Persian royal family, and one of the founders of modern education in Iran. His parents were originally from Kashan. He is a descendant of Sheikh Fazlollah Nouri from his mother’s side, and is the cousin of Iranian philosopher Ramin Jahanbegloo and the father of Iranian-American academic Vali Nasr, an expert on political Islam.

Nasr went to Firuz Bahram High School in Tehran before being sent to the United States for education at thirteen. In the US, Nasr first attended Peddie School in Hightstown, New Jersey, graduating in 1950 as the valedictorian of his class and also winner of the Wyclifte Award.

A scholarship offered by MIT in physics made him the first Iranian undergraduate to attend that university. During his studies there he became acquainted with the works of the prominent perennials authority Frithjof Schuon. This school of thought has shaped Professor Nasr’s life and thinking ever since. Upon his graduation from MIT, Nasr obtained a master’s degree in geology and geophysics in 1956, and went on to pursue his Ph.D. degree in the history of science and learning at Harvard University. At the age of twenty-five, Nasr graduated with his Ph.D. from Harvard completing his first book, Science and Civilization in Islam. His doctoral dissertation entitled “Conceptions of Nature in Islamic Thought” was published in 1964 by Harvard University Press as An Introduction to Islamic Cosmological Doctrines.

Hossein Nasr began his teaching career in 1955 when he was still a young doctoral student at Harvard University. He became a full professor by the age of 30.

After Harvard, Nasr returned to Iran as a professor at Tehran University, and then at Arya Mehr University (Sharif University) where he was appointed president in 1972. Before that, he served as Dean of The Faculty of Letters, and Academic Vice-Chancellor of Tehran University from 1968 to 1972.

In the 1970s, Farah Pahlavi of Iran appointed professor Nasr as head of the Imperial Iranian Academy of Philosophy, the first academic institution to be conducted in accordance with the intellectual principles of the Traditionalist School.The famous book Shi’a Islam was one product of this period.

Doctor Nasr left Iran after the Islamic revolution in Iran. Upon his return to the west, Nasr took up positions at University of Edinburgh, Temple University, and since 1984 has been at The George Washington University where he is now a full-time University Professor of Islamic Studies.

Nasr is the author of over fifty books and five hundred articles on topics such as Traditionalist metaphysics, Islamic science, religion and the environment, Sufism, and Islamic philosophy.