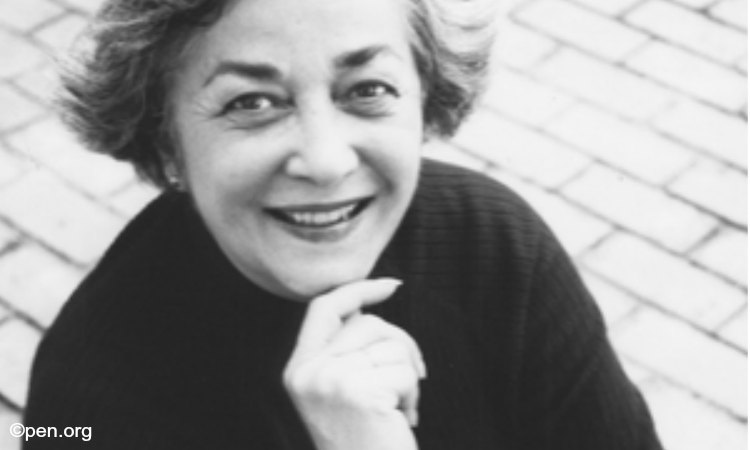 Shahrnush Parsipur was born on February 17, 1946 in Tehran and is an Iranian-American writer and novelist. She is the daughter of an attorney in the Iranian Justice Ministry originally from Shiraz.

Born and raised in Tehran, she received her B.A. in sociology from Tehran University in 1973 and studied Chinese language and civilization at the Sorbonne from 1976 to 1980.

Shahrnush started writing at the age of 13 and very soon she was publishing her short stories in multiple publications. Her first book was Tupak-e Qermez (The Little Red Ball – 1969), a story for young people. Her first short stories were published in the late 1960s.

As of the late 1980s, and after several periods of imprisonment both before and after the Islamic revolution in Iran, Parsipur received considerable attention in Tehran literary circles, with the publication of several of her stories and several notices and a lengthy interview with her in Donya-ye Sokhan magazine. Her second novel was Touba va ma’na-ye Shab (Touba and the Meaning of Night – 1989), which Parsipur wrote after spending four years and seven months in prison. In 1990, she published a short novel, again consisting of connected stories, called Zanan Bedun-e Mardan (Women without Men), which Parsipur had finished in the late 1970s. The Iranian government banned Women without Men in the mid-1990s and put pressure on the author to desist from such writing. Early in 1990, Parsipur finished her fourth novel, a 450-page story of a female Don Quixote called Aql-e abi’rang (Blue-colored Reason), which remained unavailable as of early 1992. In 1994 she moved to the United State and wrote Prison Memoire, a 450 pages of her memoire of four different times that she was in different prisons. In 1996 she wrote her fifth novel, Shiva, a science fiction in 900 pages. In 1999 she published her sixth novel, Maajerahaaye Saadeh Va Kuchake Ruhe Deraxat (The Plain and Small Adventures of the Spirit of the Tree), in 300 pages. In 2002, she published her seventh novel, Bar Baale Baad Neshastan (On the wings of Wind), in 700 pages.

Shahrnush Parsipur currently resides in the United States. She is the recipient of the first International Writers Project Fellowship from the Program in Creative Writing and the Watson Institute for International Studies at Brown University.

Since 2006, she has been making different programs for Radio Zamaneh, situated in Amsterdam, Netherlands.