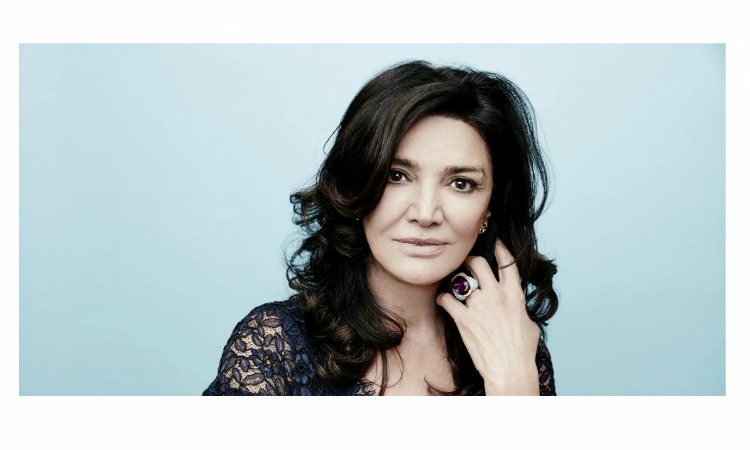 Shohreh Aghdashloo was born in May 11, 1952 in Tehran, as Shohreh Vaziri-Tabar (“Aghdashloo” is the family name of her former husband, Iranian painter Aydin Aghdashloo) to a wealthy family, and is an Iranian American actress.

Aghdashloo started acting at the age of 18. Following numerous starring roles on the stage, she was offered her first film role in Gozāresh (The Report) directed by director Abbas Kiarostami, which won the Critics Award at the Moscow Film Festival. Her next film was Shatranje Bad (loosely translated: Chess with the Wind), directed by Mohammad Reza Aslani which screened at several film festivals. In 1978, Aghdashloo won acclaim for her performance in Sooteh Delan (Broken Hearts), directed by Iranian filmmaker Ali Hatami which established her as one of Iran’s leading actresses.

During the 1979 Revolution, Aghdashloo left Iran for Windermere, Cumbria, England, where she completed her education. She earned a Bachelor’s degree in International Relations. She continued to pursue her acting career, however, which brought her to Los Angeles.

Aghdashloo made her American film debut in 1989 in a starring role in Guests of Hotel Astoria. Her television debut came in 1990 in an NBC television series Matlock. Her acting career continued with other movies and TV shows. In 2003 Aghdashloo played opposite Ben Kingsley and Jennifer Connelly in director Vadim Perelman’s House of Sand and Fog, for which she was nominated for the Academy Award for Best Supporting Actress.

Her other credits include narrating and producing a documentary Mystic Iran: The Unseen World, narrating the PBS documentary Iran: A Celebration of Art and Culture, narrating the audiobook version of Inside the Kingdom: My Life in Saudi Arabia and lending her vocal talents to animated movie Babak and Friends.

Aghdashloo plays the lead character, Zahra Khanum, in the movie The Stoning of Soraya M., a drama film released on June 26, 2009 in the United States. This film marks the first time during her career in America where she plays a leading character in a major feature-length motion picture.

On September 29, 2009, Aghdashloo won the Primetime Emmy Award for Outstanding Supporting Actress in a Miniseries or Movie for her supporting role on the HBO original miniseries House of Saddam.

On June 4, 2013, Aghadashloo’s autobiography titled “The Alley of Love and Yellow Jasmines” was released through Harper Collins.