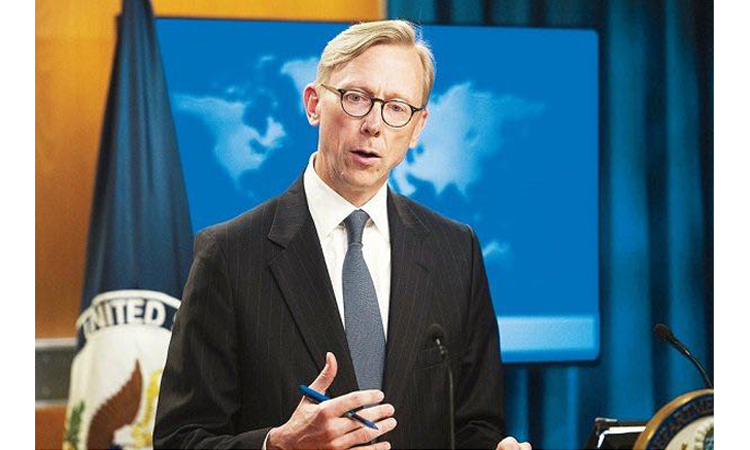 VOA Persian needs to do a better job of countering Iranian disinformation and propaganda. This is a priority for the Trump administration, because supporting the Iranian people includes giving them access to independent and truthful reporting.

Voice of America was founded n 1942 to communicate US policies to a global audience. VOA’s congressionally funded Persian News Network received more than $17 million in taxpayer funds last year. But VOA is failing to represent America to Iran with fact-based content that is reliable and authoritative.

And it isn’t just the Persian service. This month, President Trump highlighted serious concerns with VOA’s coverage of COVID-19, because it became an echo chamber for Chinese propaganda and disinformation.

The president is only the latest person to voice frustrations with VOA programming. The nonpartisan American Foreign Policy Council in 2017 conducted an independent assessment of VOA’s Persian programming. It found bias in its reporting, noting that VOA’s Persian coverage of Iran’s foreign policy “perpetuated to audiences the appearance of pro-regime propaganda, rather than objective reporting.” A follow-up analysis by the AFPC in 2019 found that many of the recommendations it made in 2017 were not implemented.

In 2014, a group of congressional representatives from both sides of the aisle called for an investigation into VOA Persian after allegations that it deliberately papered over the regime’s brutal human rights record.

I hear regularly about popular shows being suddenly canceled and replaced with lower quality programming that is less engaging and relevant. I was also disturbed to see that during the historic anti-regime protests last November, which left up to 1,500 Iranians dead, VOA Persian aired nature documentaries. VOA has certainly failed to present incisive and independent coverage of the Iranian regime itself.

One employee of VOA Persian told The Wall Street Journal that the network often refuses to air criticism of Iranian regime terror unless it is “balanced with the perspective of the Islamic Republic who vehemently [deny] any involvement.” Covering Iranian regime terrorism should not be conditioned upon regime hacks being available to lie about the terrorism.

Everyone knows the Iranian regime heavily censors news and information. The regime often imprisons journalists for telling the truth, then denies them their basic rights, like access to medical care or fair trials. The non-profit Reporters Without Borders routinely condemns the Islamic Republic for its assault against the free press. In February, it exposed Iranian officials who cracked down against the media for telling the truth about Iran’s COVID-19 outbreak and debunking the regime’s propaganda.

Now more than ever, the Iranian people need unbiased news. Regrettably, VOA Persian is letting them down. It is failing to effectively communicate US policies to Persian-speaking audiences with the balance and accuracy required in a contested information environment, especially with the regime’s sophisticated disinformation campaigns.

There is also widespread mismanagement at the organization. VOA Persian has failed to create an open and transparent workplace, a problem that has persisted for more than a decade. A 2009 government report found widespread employee dissatisfaction at VOA Persian, along with allegations of favoritism and biased hiring.

The report’s findings then could just as easily apply today, based on feedback from current and former employees, many of whom have taken their concerns public. VOA and the agency that oversees it, the US Agency for Global Media (USAGM), are regularly ranked by their employees in confidential surveys as among the worst federal agencies to work for.

The American people deserve to have taxpayer-funded programs advance their interests, and VOA Persian is no exception. Here is what can be done to improve its reach and effectiveness.

First, VOA Persian needs to create more original programming that actually resonates with Iranian audiences. The earlier example of showing nature documentaries while protests raged across Iran is just one instance of VOA Persian’s programming missing the mark. In 2009, when the Green Revolution contested the presidential elections, VOA Persian continued its regular programming until three days into the post-election crisis. VOA Persian should be driving the conversation with content that is timely, relevant and reliably truthful.

Second, VOA Persian’s leadership needs to be more responsive and accountable. A start would be for USAGM to have a Senate-confirmed leader in place. Michael Pack was nominated to run the agency in June 2018, but his confirmation has languished needlessly in the Senate. Pack is the former head of the Corporation for Public Broadcasting and has served on the National Council of the Humanities. He is qualified for the position and should be confirmed by the Senate.

VOA Persian has the potential to be a critical tool to empower the Iranian people with news and information otherwise denied to them by the mullahs. Iranians suffer from heavily censored media; what they need is accurate and honest reporting. VOA Persian should be driving the news about human rights in Iran, corruption among the Iranian regime and analysis that counters propaganda rather than propagating it. If it can’t meet these standards — and soon — Congress should consider ending its funding and shutting down VOA Persian as a fiduciary duty to American taxpayers.