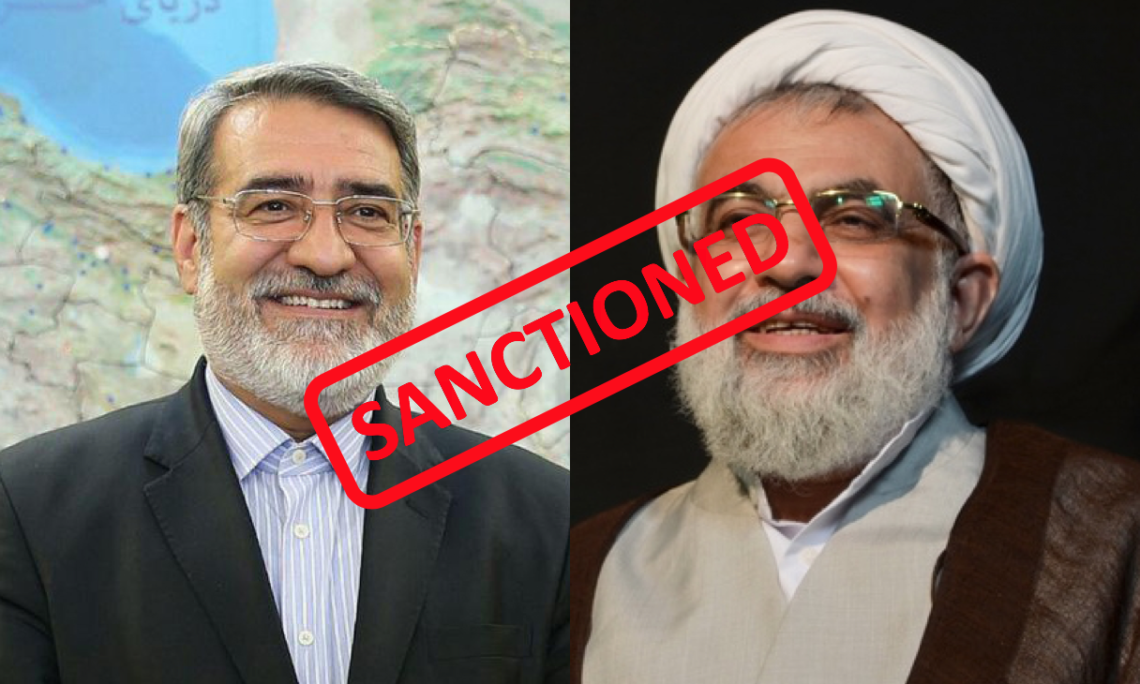 Today, the United States is imposing financial sanctions and visa restrictions on Iranian individuals and entities under human rights-related authorities. These actions with respect to 12 Iranian individuals and entities by the Department of State and Department of the Treasury send a message of support to the Iranian people that we will continue to amplify their demands for transparent and accountable governance and speak out for those who are being silenced by this regime. Our pressure on Iran to treat its own people with respect and dignity will not cease.

The individuals sanctioned include the current Minister of Interior for Iran, Abdolreza Rahmani Fazli. We have reason to believe Minister Rahmani Fazli gave carte blanche orders authorizing Iranian police forces to use lethal force on peaceful protestors and bystanders. His—and the regime’s—goal was to quash these peaceful protests and suppress the rights of peaceful assembly and freedom of expression at any cost. His orders led to the killing of many protestors, including at least 23 minors. One of these victims, Sayed Ali Mousavi, only 12 years old, was returning home from school when he was fatally shot by police as he passed by the protests near his home. We are also publicly designating Minister Rahmani Fazli under Section 7031(c) of the Department of State, Foreign Operations, and Related Programs Appropriations Act, 2020, for his involvement in gross violations of human rights. Minister Rahmani Fazli and his immediate family members are ineligible for entry into the United States.

In addition to human rights abuses inside its own borders, Iran has a long track record of assassinations and terrorism in other countries. Another individual being designated for visa restrictions under Section 7031(c) is Ali Fallahian, who served as the head of Iran’s intelligence service (MOIS) from 1989 to 1997. During that time, he was involved in multiple assassinations and attacks across the globe, including the 1995 killing of Alisa Flatow, a 20-year old U.S. exchange student who was killed in a suicide bombing in the Gaza Strip. He also bears responsibility for the 1994 bombing of a Jewish community center in Buenos Aires that killed 85 individuals. He and his immediate family members are also permanently barred from entering the United States.

In an effort to hide evidence of the regime’s abuses against its own people, Iran imposed a near-total shutdown of access to the global Internet last November, placing nearly all of its 80 million people in digital darkness for a week while security forces killed as many as 1,500 people and arbitrarily detained thousands more. The Iranian regime has long restricted access to the Internet while censoring and inhibiting rights to freedom of expression and peaceful assembly – two universal human rights. We call on technology companies in the U.S. and globally to do their part to improve the free flow of information to the Iranian people, and we highlight again the Department of the Treasury’s General License D1, which facilitates the use by Iranians of certain personal communications services.