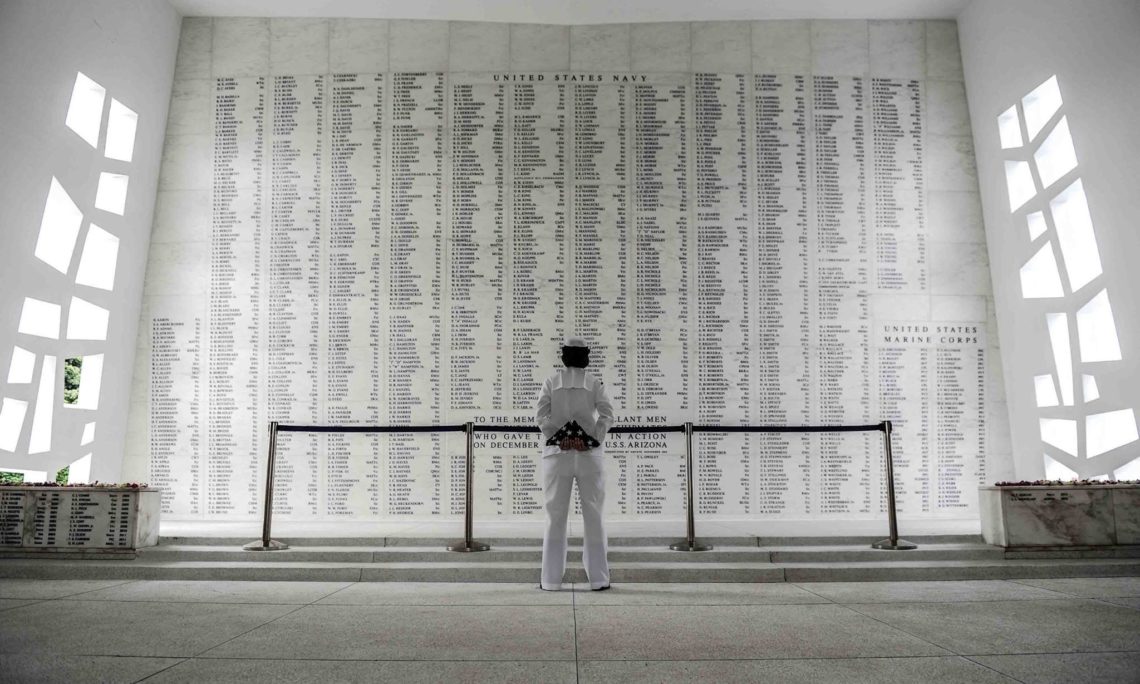 Statement by the President on the 75th Anniversary of the Attack on Pearl Harbor
The White House
Office of the Press Secretary
Seventy-five years ago today, a sudden and unprovoked attack turned a tranquil harbor into a sea of flames. Over 2,400 American patriots lost their lives in the attack on Pearl Harbor—military and civilian, men, women and children. Their sacrifice galvanized millions of GIs and Rosie the Riveters who answered the call to defend liberty at its moment of maximum peril. In the hours after the attack, President Roosevelt promised that “the American people in their righteous might will win through to absolute victory.” Thanks to the heroism of a generation, we did.
Today, Michelle and I join the American people in remembering those who gave their lives at Pearl Harbor—many of them not much older than boys—and in honoring their families—spouses, siblings, sons and daughters who still carry the memories of their loved ones in their hearts. We give thanks to the veterans and survivors of Pearl Harbor who faced down fear itself, met infamy with intrepidity, freed captive peoples from fascism and whose example inspires us still. For out of the horrors of war, this Greatest Generation forged an enduring international order, became the backbone of the middle class and powered America’s prosperity. Their courage and resolve remind us of that fundamental American truth—that out of many we are one; and that when we stand together, no undertaking is too great.
On this National Pearl Harbor Remembrance Day, we also reaffirm that the work of securing and strengthening our nation goes on. While we can never repay the profound debt of gratitude we owe to those who served on our behalf, we can embrace our commitment to care for and support veterans of America’s wars from every generation.
As a testament that even the most bitter of adversaries can become the closest of allies, I look forward to visiting the USS Arizona Memorial later this month along with Prime Minister Shinzo Abe. This historic visit will stand as a tribute to the power of reconciliation and to the truth that the United States and Japan—bound by an alliance unimaginable 75 years ago—will continue to work hand-in-hand for a more peaceful and secure world.