Home Home | News | Statement by the President on Airstrikes in Syria 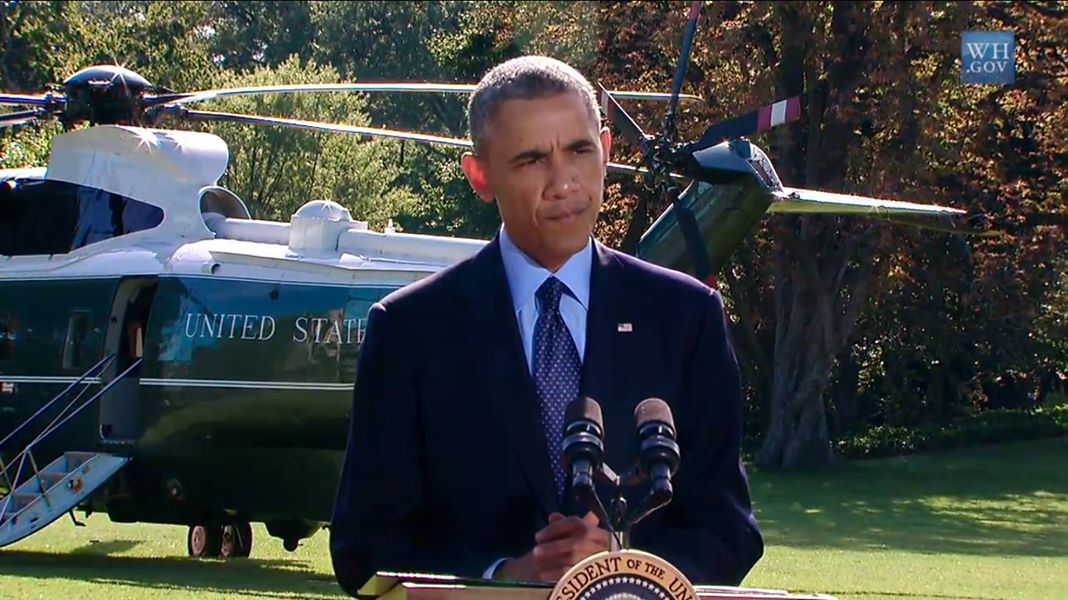 The President:  Good morning, everybody.  Last night, on my orders, America’s armed forces began strikes against ISIL targets in Syria.  Today, the American people give thanks for the extraordinary service of our men and women in uniform, including the pilots who flew these missions with the courage and professionalism that we’ve come to expect from the finest military that the world has ever known.

Earlier this month, I outlined for the American people our strategy to confront the threat posed by the terrorist group known as ISIL.  I made clear that as part of this campaign the United States would take action against targets in both Iraq and Syria so that these terrorists can’t find safe haven anywhere.  I also made clear that America would act as part of a broad coalition.  And that’s exactly what we’ve done.

We were joined in this action by our friends and partners — Saudi Arabia, the United Arab Emirates, Jordan, Bahrain, and Qatar.  America is proud to stand shoulder to shoulder with these nations on behalf of our common security.

The strength of this coalition makes it clear to the world that this is not America’s fight alone.  Above all, the people and governments in the Middle East are rejecting ISIL and standing up for the peace and security that the people of the region and the world deserve.

Meanwhile, we will move forward with our plans, supported by bipartisan majorities in Congress, to ramp up our effort to train and equip the Syrian opposition, who are the best counterweight to ISIL and the Assad regime.  And more broadly, over 40 nations have offered to help in this comprehensive effort to confront this terrorist threat — to take out terrorist targets; to train and equip Iraqi and Syrian opposition fighters who are going up against ISIL on the ground; to cut off ISIL’s financing; to counter its hateful ideology; and to stop the flow of fighters into and out of the region.

Last night, we also took strikes to disrupt plotting against the United States and our allies by seasoned al Qaeda operatives in Syria who are known as the Khorasan Group.  And once again, it must be clear to anyone who would plot against America and try to do Americans harm that we will not tolerate safe havens for terrorists who threaten our people.

I’ve spoken to leaders in Congress and I’m pleased that there is bipartisan support for the actions we are taking.  America is always stronger when we stand united, and that unity sends a powerful message to the world that we will do what’s necessary to defend our country.

Over the next several days I will have the opportunity to meet with Prime Minister Abadi of Iraq, and with friends and allies at the United Nations to continue building support for the coalition that is confronting this serious threat to our peace and security.  The overall effort will take time.  There will be challenges ahead.  But we’re going to do what’s necessary to take the fight to this terrorist group, for the security of the country and the region and for the entire world.