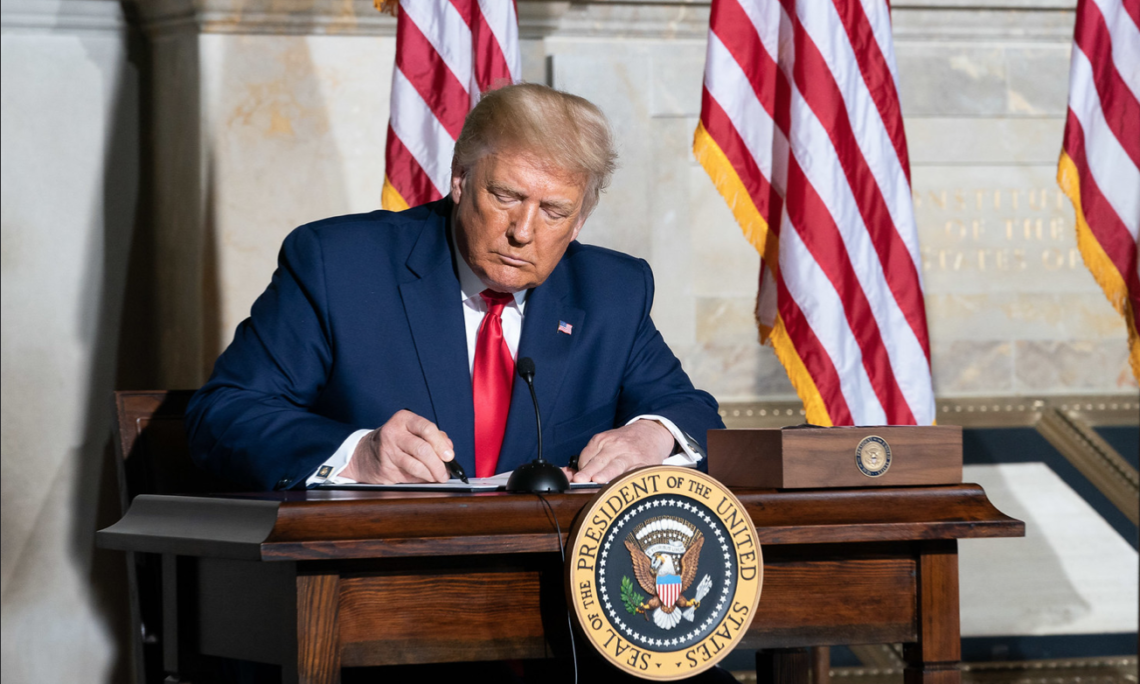 Today, I am taking new actions to restrict Iran’s nuclear, ballistic missile, and conventional weapons pursuits.  My Administration will never allow Iran to have a nuclear weapon, nor will we allow Iran to endanger the rest of the world with a fresh supply of ballistic missiles and conventional arms.  To ensure this cannot happen, I am issuing a new Executive Order, restoring United Nations (UN) sanctions on Iran, and imposing new sanctions and export controls on more than two dozen entities and individuals that support Iran’s nuclear, missile, and conventional arms-related activities.

The Executive Order I am issuing today blocks the property, and interests in property, in the United States of those who contribute to the supply, sale, or transfer of conventional arms to or from Iran, as well as those who provide technical training, financial support and services, and other assistance related to these arms.  This Executive Order is critical to enforcing the UN arms embargo on Iran.  The order will greatly diminish the Iranian regime’s capacity to export arms to terrorists and dangerous actors throughout the region, as well as its ability to acquire weapons to build up its own forces.

Today, my Administration is also imposing new sanctions and export control measures on 27 entities and individuals connected to Iran’s proliferation networks.  These actions target the Atomic Energy Organization of Iran for its role in Iran’s nuclear escalation, the Iranian missile organization Shahid Hemmat Industrial Group for facilitating ballistic missile development, and two Iranian entities for their involvement in the transfer and acquisition of conventional arms.

The United States has now restored UN sanctions on Iran.  The Iranian regime has repeatedly lied about its secret nuclear weapons archive and denied access to international inspectors, further exposing the deep flaws of the last administration’s failed nuclear deal from which I withdrew the United States.  The world cannot afford to sit idly by as Iran builds a nuclear weapon.  My Administration is restoring these sanctions as part of our efforts to ensure that never happens.

My actions today send a clear message to the Iranian regime and those in the international community who refuse to stand up to Iran.  The United States will not allow the Iranian regime to further advance capabilities to directly threaten and terrorize the rest of the world.  My Administration will use every tool at our disposal to stop Iran’s nuclear, ballistic missile, and conventional weapons pursuits.  The Iranian regime must change its behavior if it hopes to provide what the Iranian people so desperately want and deserve: a thriving and prosperous Iran.