Home Home | News | Statement by the U.S. Mission to the UN on President Trump Chairing a UN Security Council Meeting 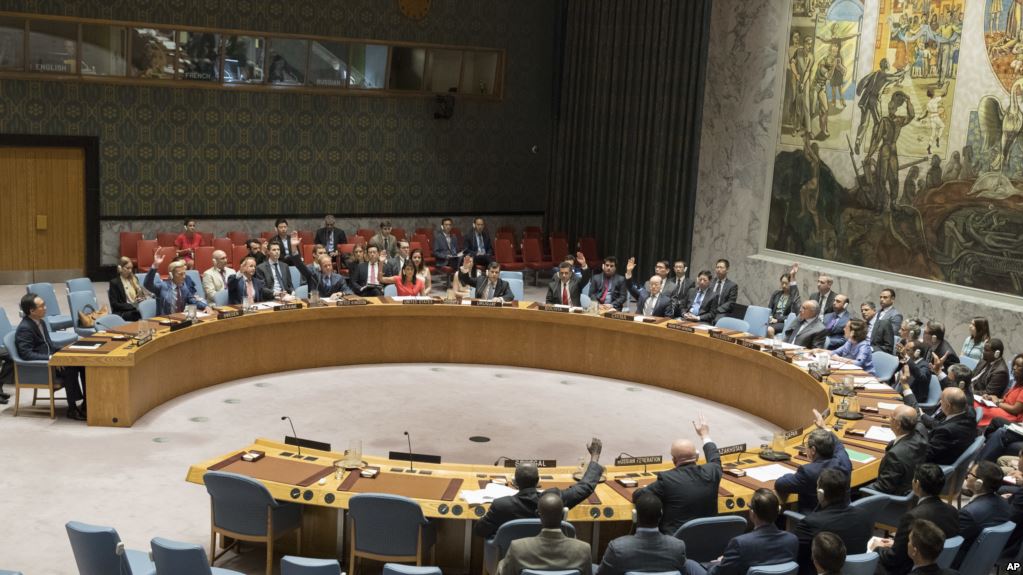 As Ambassador Haley stated on September 4, President Trump will host a UN Security Council meeting when he visits New York for the UN General Assembly at the end of September. In addition to addressing Iran’s destabilizing aggression and sponsorship of terrorism, the President will address a broader range of issues given the challenges facing the world at this time.

During the Security Council meeting, the President will address the proliferation of weapons of mass destruction, including chemical, biological, and nuclear weapons and ballistic missiles. From Europe to the Middle East to Asia, proliferation of such weapons threatens far too many innocent civilians.

Recent developments are bearing this out. Just this week, the leaders of the United States, France, Germany, Canada, and the United Kingdom released a joint statement expressing their outrage over the use of a chemical nerve agent, Novichok. This week, the world expressed its grave concerns about the potential for the Syrian regime to use of chemical weapons in Idlib province. Also this week, North Korea reaffirmed its commitment to achieve complete denuclearization, but clearly much work remains to be done, and international unity and support must be maintained to realize this objective. On top of all that, there is the continued and growing concern about Iran, as it continues to transfer weapons and ballistic missiles throughout its region, in violation of UN Security Council Resolutions.

We look forward to hosting the President and addressing these critical issues in the Security Council.