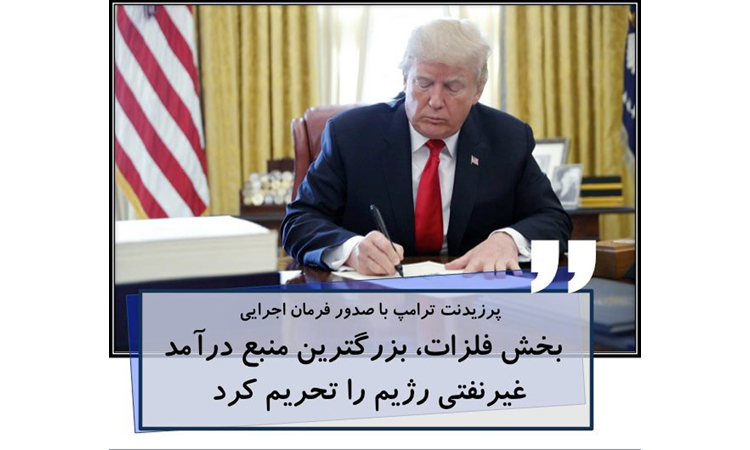 Statement from President Donald J. Trump Regarding Imposing Sanctions with Respect to the Iron, Steel, Aluminum, and Copper Sectors of Iran

One year ago, I dramatically strengthened our national security by ceasing America’s participation in the horrible, one-sided Iran nuclear deal. Today, I am signing an executive order to impose sanctions with respect to Iran’s iron, steel, aluminum, and copper sectors, the regime’s largest non-petroleum-related sources of export revenue.

Under the Iran nuclear deal, Iran was free to engage in and sponsor terrorist networks, develop its missile force, foment regional conflicts, unjustly detain United States citizens, and brutalize its own people, all while maintaining a robust nuclear infrastructure—not to mention, as we now know, its extensive nuclear weapons archive.

A lot can change in a year when we make bold decisions to defend America’s national security. Because of our action, the Iranian regime is struggling to fund its campaign of violent terror, as its economy heads into an unprecedented depression, government revenue dries up, and inflation spirals out of control. We are successfully imposing the most powerful maximum pressure campaign ever witnessed, which today’s action will further strengthen.

Over the last month, the United States has taken several steps to increase the effectiveness of our campaign. We designated the Islamic Revolutionary Guard Corps as a Foreign Terrorist Organization and increased the pressure on Iran ten-fold through full application of United States sanctions on Iranian oil exports. Today’s action targets Iran’s revenue from the export of industrial metals—10 percent of its export economy—and puts other nations on notice that allowing Iranian steel and other metals into your ports will no longer be tolerated.

Tehran can expect further actions unless it fundamentally alters its conduct. Since our exit from the Iran deal, which is broken beyond repair, the United States has put forward 12 conditions that offer the basis of a comprehensive agreement with Iran. I look forward to someday meeting with the leaders of Iran in order to work out an agreement and, very importantly, taking steps to give Iran the future it deserves.