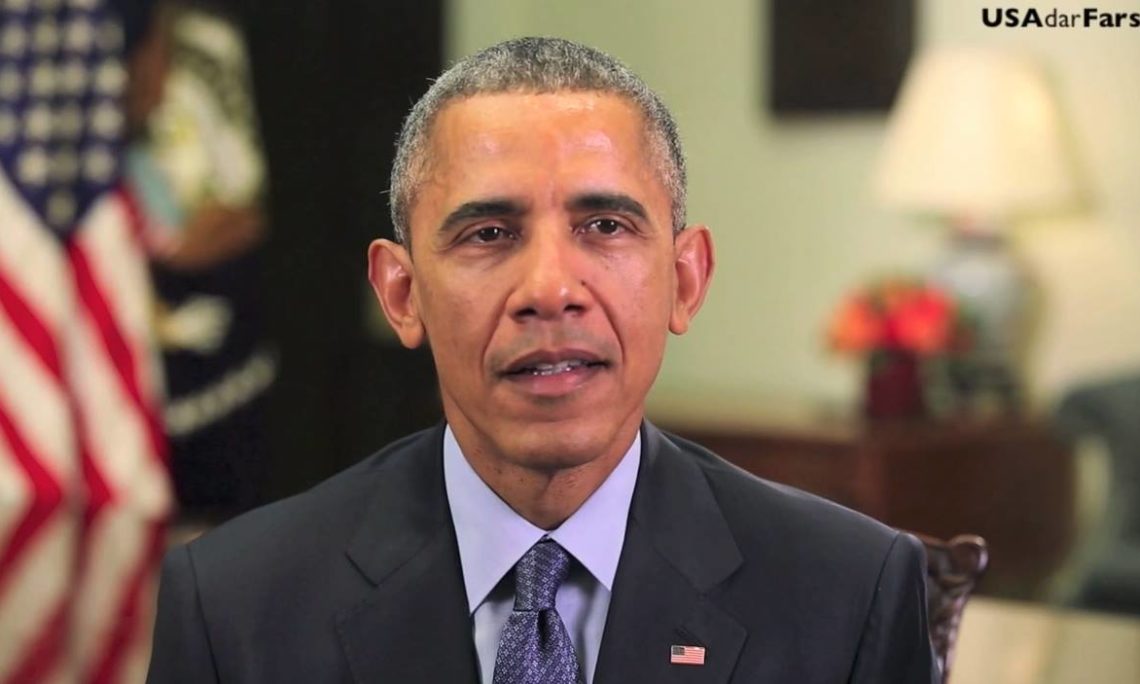 Hello!  To everyone celebrating Nowruz—across the United States and in countries around the world—Nowruz Mobarak.

For thousands of years, this has been a time to gather with family and friends and welcome a new spring and a new year.  Last week, my wife Michelle helped mark Nowruz here at the White House.  It was a celebration of the vibrant cultures, food, music and friendship of our many diaspora communities who make extraordinary contributions every day here in the United States.  We even created our own Haft Seen, representing our hopes for the new year.

This year, that includes our hopes for progress between the Islamic Republic of Iran and the international community, including the United States.  So I want to take this opportunity once again to speak directly to the people and leaders of Iran.  As you gather around the Nowruz table—from Tehran to Shiraz to Tabriz, from the coasts of the Caspian Sea to the Persian Gulf—you’re giving thanks for your blessings and looking ahead to the future.

This year, we have the best opportunity in decades to pursue a different future between our countries.  Just over a year ago, we reached an initial understanding regarding Iran’s nuclear program.  And both sides have kept our commitments.  Iran has halted progress on its nuclear program and even rolled it back in some areas.  The international community, including the United States, has provided Iran with some relief from sanctions.  Now, our diplomats—and our scientists—are engaged in negotiations in the hopes of finding a comprehensive solution that resolves the world’s concerns with Iran’s nuclear program.

The days and weeks ahead will be critical.  Our negotiations have made progress, but gaps remain.  And there are people, in both our countries and beyond, who oppose a diplomatic resolution.  My message to you—the people of Iran—is that, together, we have to speak up for the future we seek.

As I have said many times, I believe that our countries should be able to resolve this issue peacefully, with diplomacy.  Iran’s Supreme Leader Ayatollah Khamenei has issued a fatwa against the development of nuclear weapons, and President Rouhani has said that Iran would never develop a nuclear weapon.  Together with the international community, the United States has said that Iran should have access to peaceful nuclear energy, consistent with Iran’s international obligations.  So there is a way for Iran—if it is willing to take meaningful, verifiable steps—to assure the world that its nuclear program is, in fact, for peaceful purposes only.

In this sense, Iran’s leaders have a choice between two paths.  If they cannot agree to a reasonable deal, they will keep Iran on the path it’s on today—the path that has isolated Iran, and the Iranian people, from so much of the world, caused so much hardship for Iranian families, and deprived so many young Iranians the jobs and opportunities they deserve.

On the other hand, if Iran’s leaders can agree to a deal, it can lead to a better path—the path of greater opportunities for the Iranian people.  More trade and ties with the world.  More foreign investment and jobs, including for young Iranians.  More cultural exchanges and chances for Iranian students to travel abroad.  More partnerships in areas like science and technology and innovation.  In other words, a nuclear deal now can help open the door to a brighter future for you—the Iranian people, who, as heirs to a great civilization, have so much to give to the world.

This is what’s at stake today.  And this moment may not come again soon.  I believe that our nations have an historic opportunity to resolve this issue peacefully—an opportunity we should not miss.  As the poet Hafez wrote, “It is early spring.  Try to be joyful in your heart.  For many a flower will bloom while you will be in clay.”

For decades, our nations have been separated by mistrust and fear.  Now it is early spring.  We have a chance—a chance—to make progress that will benefit our countries, and the world, for many years to come.  Now it is up to all of us, Iranians and Americans, to seize this moment and the possibilities that can bloom in this new season.

Thank you, and Nowruzetan Pirooz.